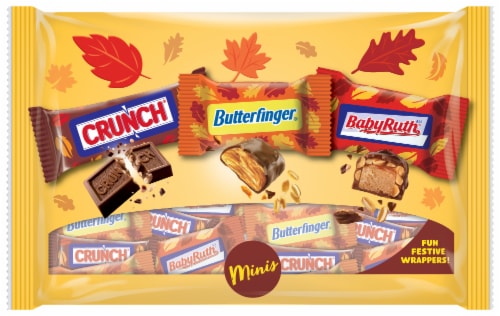 Bloomington, Il. – Governor JB Pritzker Wednesday congratulated Ferrero North America, part of the global confectionery company Ferrero Group, on the groundbreaking of its new chocolate processing facility in Bloomington – the company’s first location outside of Europe, and only third production facility in the world. The decision by the company to expand their Illinois presence will bring forward a $75 million investment in the region, up to 50 new jobs for the state, and will generate economic impact to benefit the entire state.

“With its first-ever U.S. chocolate processing facility, Ferrero will create new jobs and economic opportunity in the Bloomington region, and will carry forward Illinois’ proud food manufacturing tradition,” said Gov. Pritzker. “Companies like Ferrero continue to choose Illinois thanks to our talented workforce and our role as a transportation hub for the nation which makes our state a number one choice for production, innovation and global distribution. We thank Ferrero for its vote of confidence in Illinois and look forward to supporting the company’s continued success here.”

The new facility is an expansion of Ferrero’s existing Bloomington manufacturing center and will process chocolate for Crunch, 100Grand, Raisinets, and other Ferrero products for the North American market. The $75 million project will add 70,000 square feet to Ferrero’s current Bloomington footprint, and as many as 50 new jobs. This builds on a significant economic impact generated annually by the company – with over $300 million in output in Illinois alone, and with over 300 full-time staff, making it one of the largest employers in McLean County.

“The ability to process quality chocolate here in North America is instrumental to building on our important growth in this market, which is advancing Ferrero towards our goal of being an world leader in global confectionery,” said Todd Siwak, President and Chief Business Officer of Ferrero North America. “I am so happy that we are able to reach this important milestone in Illinois, the heart of America’s food and confections industry.”

“Ferrero’s continued investment in Illinois is a testament to the caliber of our talent, the strength of our infrastructure, and our direct access to markets across the country and around the globe,” said Sylvia Garcia, Acting Director of the Illinois Department of Commerce and Economic Opportunity (DCEO). “Under Governor Pritzker’s leadership, Illinois is committed to upholding our status as the leading Midwest destination for food production – and supporting new and existing companies in their plans to innovate, fuel jobs and produce their household brands from right here in Illinois.”

“We are so fortunate to have a global corporation like Ferrero breaking ground,” said Bloomington Mayor Mboka Mwilambwe. “Their confidence in Bloomington can only strengthen our already vibrant business community.”

Ferrero has made North America a focus for investment in recent years, including a new management of a facility in Franklin Park, and continued growth at its Bloomington production and distribution center. The company’s footprint in the market now totals eight offices and ten plants and warehouses in North America, including a cocoa processing plant in Brantford, Ontario.

Ghafari Associates provided architectural and engineering design services for the project, and The Austin Company is responsible for the engineering and construction of the new facility, an expansion to Ferrero’s current operations on Beich Road. Construction will create an estimated 300 jobs in the next two years.

Ferrero worked in partnership with the Bloomington Normal Economic Development Organization, City administration and the Illinois Department of Commerce and Economic Opportunity (DCEO) to locate sites, in addition to securing support from the Bloomington Enterprise Zone.

As home to one of the nation’s largest food processing clusters – Ferrero is in good company with a growing base of Illinois companies – including sister venture Ferrara Candy Company, based in Chicago; Mondelez in Chicago; ADM in Chicago/Decatur; Kraft Foods in Champaign; and Conagra in Chicago. Pritzker administration officials cut the ribbon on a $100 million expansion and new distribution facility built by the Ferrara Company in DeKalb this past June – a project that 1.6 million new square feet online and added 500 jobs for the state.

Manufacturing is a leading industry in Illinois – with over 18,000 companies doing business here and collectively supporting a $100 billion annual GDP.  Investments by the administration will position the state and its residents to seize on the jobs being forecasted in the years ahead – with 4.6 million new jobs created nationwide in the next 8 years alone.

To support the continued growth of manufacturing companies in Illinois today and for the future, the Pritzker administration has taken several actions to invest in its workforce, with new training in high growth industries, and the development new business development tools, including the apprenticeship tax credit, which encourages investment in high tech job training.