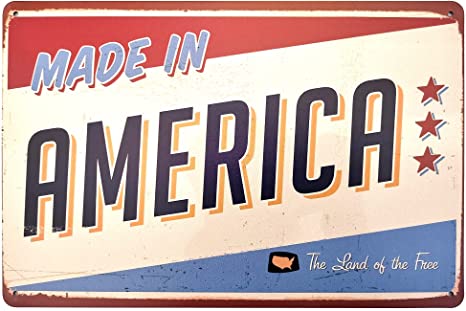 WASHINGTON — Wednesday, the Coalition for a Prosperous America (CPA) applauded the Biden administration for proposing a new rule pursuant to Executive Order (EO) 14005, Ensuring the Future is Made in All of America by All of America’s Workers, which President Joe Biden signed in January. The proposed rule aims to increase American-made content in federal purchases and bolster critical supply chains. The effort builds upon the Biden administration’s efforts to modernize and strengthen implementation of the Buy American Act. With $600 billion in annual procurement spending, nearly half of which is in manufactured products, the Federal government is a major buyer of goods and services, including the single largest purchaser of consumer goods in the world. However, CPA remains concerned about possible future weakening of the content rules by using a “value added” test proposed by those opposing Buy America.

Importantly, the proposed rule would raise the domestic content threshold and eliminate a loophole that benefits foreign producers. Although the Buy American Act requires that products bought with taxpayer dollars must “substantially all” be made in the U.S., products could still qualify today if just 55 percent of the value of their component parts are manufactured in the U.S. The proposed rule would implement an immediate increase of the threshold to 60 percent and a phased increase to 75 percent.

“CPA and our members represent the companies and workers who remain committed to making things right here in America,” CPA Chair Zach Mottl said. “President Biden’s Made in America Executive Order was a good first step towards supporting American businesses and workers, and today’s proposed rule shows that the administration is serious about strengthening Buy America rules. Foreign companies should not be able to exploit glaring Buy American loopholes in order to win government contracts. As the Biden administration finalizes this proposed rule, we look forward to continuing to advocate for policies that ensure taxpayer dollars support American manufacturing and American workers.”

In June, CPA welcomed new guidance from the Biden administration on how federal agencies should implement EO 14005. Importantly, the new guidance also requires federal agencies to designate a Senior Accountable Official (SAO) for domestic sourcing who will coordinate with Celeste Drake, the nation’s first Made in America Director, to implement a holistic approach to advance the policy set forth in the EO, including by working to increase opportunities for U.S. manufacturing and to reduce waivers.

“Today’s proposed rule demonstrates that the Biden administration is serious about strengthening Buy America rules and ending the status quo that allows foreign companies to unfairly win government contracts over U.S. domestic firms,” said Michael Stumo, CEO of CPA. “For more than a decade, CPA has been a strong advocate for increasing domestic sourcing and purchasing by the federal government. We look forward to engaging with the administration as they finalize this rule, as well as with Congress, to ensure that the U.S. government is prioritizing goods made in America and America’s workers.”

Earlier this year, CPA called on the Biden administration to further boost America’s domestic manufacturers and support American workers by quitting the World Trade Organization’s (WTO) Government Procurement Act (GPA). This move would “help America economically recover from COVID by withdrawing from the GPA—and start allocating federal contracts to America’s hardworking manufacturers rather than overseas companies.” The GPA requires member countries to open all of their government contracts to bidding from foreign companies. As such, these outdated international trade rules prevent the Biden administration from giving preference to U.S. companies and workers.