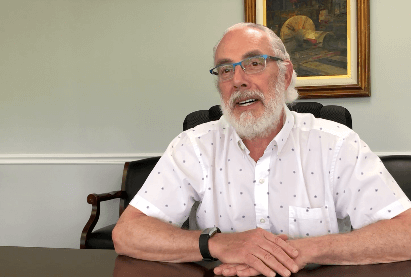 “If state Democrats led by Governor Pritzker had a goal of taking a final punishing blow to the Illinois economy, business community, and taxpayers, then they succeeded and even added some extra punches to make sure manufacturers and small businesses could never succeed in this state.

“The Governor’s tax hikes on small businesses, expensive energy reform proposals that’ll increase costs and decrease reliability, changes in employment and labor laws and even a constitutional amendment to support unions, and unfair redistricting maps that’ll place another 10-year stronghold on state politics all culminate to be a knockout punch for any hope for positive business growth in our state.

“The extravagant and unaffordable budget continues the Governor’s massive tax and spend policies and shows absolutely no fiscal restraint. The largest punch the Governor will throw is removing so called “corporate loopholes” that are actually tax incentives manufacturers and small businesses across Illinois use to help create jobs for Illinoisans. Closing these “loopholes” will cost our job creators a significant amount of money. It is just another way for the state government to take more of the money we’ve earned.

“This has been one of the most dysfunctional end of sessions in Illinois history and it’ll bring irreparable damage to already struggling manufacturers and businesses, yet Democrats will chalk this up as a success. The manufacturing community will not be fooled or forget.”