TMA goes Back to the Future with President Steve Rauschenberger 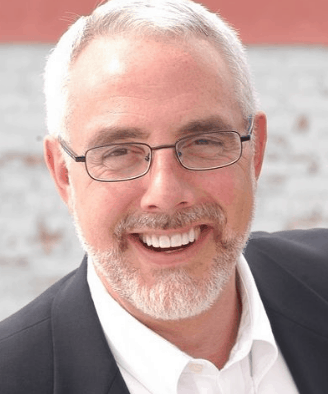 Steve Rauschenberger began serving as TMA’s President in 2014 – with an array of experiences that led him into the job with a fresh leadership perspective. Via TMA News’ “time machine,” we have a chance to go “back to the future” to review what he thought about his first year leading TMA by browsing an interview the TMA News Bulletin did with him in May 2015:

Steve is a former president of the National Conference of State Legislatures (NCSL), where he also served as co-chair of the Taskforce on Telecommunications and Electronic Commerce. He represented the organization throughout the United States and internationally; concluding two cooperative agreements between NCSL and regional parliaments in Europe, and leading a senior delegation to India.

Steve served as faculty instructor to the Algerian Parliament for the U.S. State Department Middle East Partnership Initiative (MEPI). And assisted in a
survey of the Niger and Senegal parliaments as part of a MEPI initiative.

With some prompting, the self-effacing Rauschenberger agreed to share with News Bulletin (NB) readers his reflections on his first year at TMA and his vision for
the future.

NB: What are your thoughts after completing your first year as president of TMA?

SJR: It’s been like sipping from a fire hose. There’s so much to learn, so many good member companies. TMA is a very complex organization. We do everything from organizing breakfast meetings, all the way to insuring the health and safety of our members’ employees. There’s a lot to learn.

NB: Were you familiar with manufacturing before getting involved in TMA?

SJR: A little bit. If you serve in the legislature or public office, you develop some appreciation for manufacturing. It is, of course, an important part of American history, currently a part of a vibrant economy and a big part of the future. But I certainly didn’t have the appreciation for the complexity and the adaptability of manufacturers.

It’s amazing to see the adaptations manufacturers have made over the years. They’ve survived offshoring and the threat of cheap labor in Mexico and China. Manufacturers are adapters, they’re innovators, they’ve recreated themselves in large measure over the last 15 years. These are amazing people to work with.

I’ve had a varied career from retail to public service to private consulting, and now my work at TMA. Through all of it, one thing has helped me – customer service. Whether you’re helping a family select the one sofa they’re going to have for the next 15 years, or trying to compassionately execute public policy, it’s really about listening effectively and understanding what your constituencies need – whether it’s a family in your store, citizens in your state, or an association.

What’s always been good for me is what I learned while listening. I think retail people are particularly well-suited for politics and it’s the one thing I bring to the association that’s a little different. It is a different approach to leadership. It’s less proscribing and more building consensus. To tell you the truth, I don’t think I ever sold anybody a sofa. I helped them buy what they wanted. You don’t talk someone into buying something, you help them find what fits their needs. And I think that’s one value I’d like to help develop at TMA – that servant leadership, that consensus model. We get better here by listening better.

NB: It’s been a challenging year at TMA. Full of change?

SJR: Yes, and what we’re proudest of is that most of our members don’t realize we’ve gone through these monumental changes. Most members aren’t aware that we had to reduce the size of our Park Ridge office by 50 percent when the new tenants performed asbestos removal and construction; or we found the building we’re in now and had to be prepared to move in about ten weeks. I think people would be surprised to know we were closed for only five days during the move from Park Ridge to Schaumburg.

NB: What should members expect to see happen at TMA over the next few years?

SJR: One of the values we’ve adopted as a management team is developing a deeper, richer relationship with inactive members. We’re working to find ways to take TMA to them. We’re going to move our events and meetings all around TMA’s geography in order to make the association more accessible to members. We’re expanding our membership staff and profiling members in the News Bulletin as well as a new email series called “People You Should Know.”

I hope what people will recognize in the next 12 months is that TMA is getting out of our building and to our members; making sure the services we provide are available to them and they’re getting what they need from us. My desk is overlooked by a picture of one of the early boards at TMA. I’m constantly reminded that this association has a deep tradition of service to each other, with staying power through the Great Depression, through two World Wars, and countless political and economic transitions.

As one of the oldest associations in the state, representing one of the most important manufacturing areas in the country, I want to make sure TMA meets the standards of those who’ve gone before.

NB: Your thoughts on the future of Midwest manufacturing?

Now, manufacturing has changed. We do less high volume, low value manufacturing. Our manufacturing today tends to be more complex, more precise, of higher value, and more important. And the exciting part is that TMA members are front and center – at the heart of that movement.

Of course, while manufacturers are fighting an uphill battle on public perception, those in Illinois have even bigger challenges. They face issues like property taxes, infrastructure, and workers compensation, to name a few.

NB: How do you plan to help TMA members address those challenges?

SJR: It’s true – in Illinois, government is in the way of progress and making it harder for entrepreneurs and business owners to succeed. We have awareness and an appreciation for that here at TMA, and because I’ve spent 15 years in public interest, I have a pretty good understanding of the legislature and the state. I hope we’re going to be able to help lead today’s legislators and the people in the governor’s office to the right kind of solutions. We’re not going to get there quick, Illinois has a long way to go. But starting that journey takes appreciation and understanding.

One of the things TMA has worked hard at over the years is having a robust government relations and advocacy effort. I hope I can enrich and strengthen that effort with my understanding of Springfield personalities and perspectives.

NB: Why is it important for manufacturers to have a strong relationship with their local officials?

SJR: This past month TMA held its second Mayors for Manufacturing Summit. Our effort was to connect mayors with their own constituents in their own communities. Two reasons that this is important: 1.) Mayors and officials – whether they be city, local or county – wield a fair amount of authority over things that matter to businesspeople, and 2.) Mayors are probably one of the most effective lobbying groups with legislators.

If the mayors understand our issues, it will make our advocacy in Springfield stronger.

NB: So, you are working to help TMA members have a stronger voice in public policy?

SJR: They’ve always had a strong voice, but we’re hoping to make it more effective and targeted. TMA has been important on the scene as long as I’ve been involved in public service. I’m just trying to help them strengthen it.

NB: Does your experience thus far with Illinois manufacturers change your outlook for the state’s future?

SJR: No. Illinois politics has a long way to go to catch up to the states around us. It does make me more optimistic about my kids’ future. You realize that despite how dysfunctional Springfield is, businesses thrive anyway. Smart people figure out workarounds that regardless of what kind of trade policy or economic manipulation, they figure out a way to win.

If we can get out of the way of American entrepreneurs, free their spirit, and give them the ability to compete, they’ll figure out solutions. Whatever they’re doing is not working. It’s filling your prisons, imprisoning your businesses. The idea that Springfield ought to be debating the content of school lunches or the size of your soda is crazy. Illinois has the largest pension deficit, the largest budget deficit, and a deteriorating infrastructure because we have bad public policy that encourages over-expensive construction costs and doesn’t let our dollars go far enough. They need to go work on those issues.

NB: If you could see TMA do one thing in the next year, what would it be?

SJR: I would like to ensure we retain our members. If we could continue modest, thoughtful growth, through services to members, I would be very proud of the work I did at TMA.