US Trade Deficit grows 8% in November, highest in 15 years 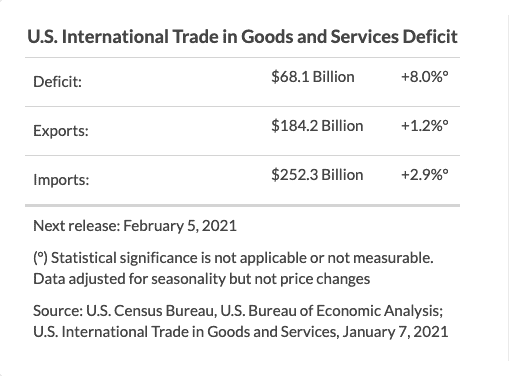 The U.S. monthly international trade deficit increased in November 2020, according to the U.S. Bureau of Economic Analysis and the U.S. Census Bureau.

November’s deficit numbers are the highest since August 2006, according to Reuters. 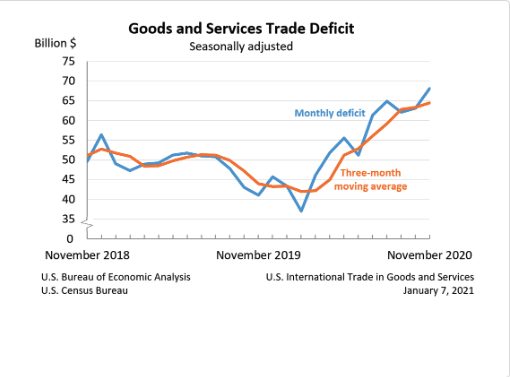