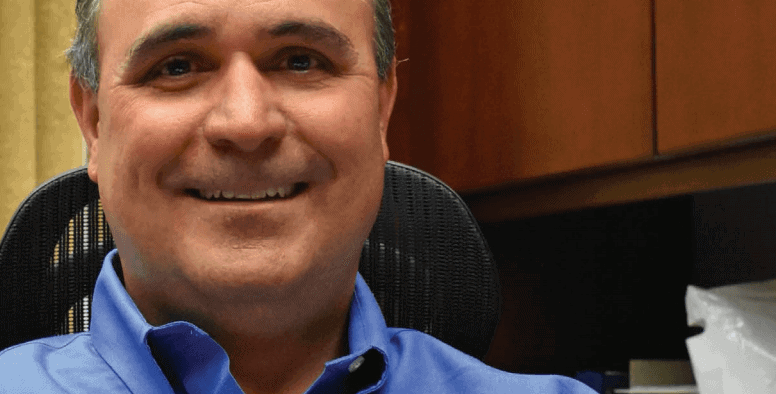 Manufacturers are typically multi-faceted people – focused mostly on their work, their employees and their businesses.

Tom Simeone, president of Manor Tool and Manufacturing Company in Schiller Park, Illinois, not only oversees his growing second-generation manufacturer, he serves as treasurer of the Technology & Manufacturing Association’s 2020 Board of Directors, as a member of TMA’s Manufacturing Education Committee and on TMA’s Government Relations Committee.

In addition, he is active on Chicago Federal Reserve’s Manufacturers Round Table. Tom’s father Lee started Manor Tool and Manufacturing in 1959, soon after returning from a stint in the Marines as a diesel mechanic and a member of the military police – as well as some time learning the tooling and stamping industry at another TMA member, ODM.

Tom, the youngest of Lee and Louise Simeone’s seven children, grew up sweeping floors, running production, and cleaning the family business’ machines. But Simeone’s career path wasn’t clear cut while he was in college.

“None of my five brothers or my sister were interested in this field,” he told TMA News Bulletin. “They went into fields from law to forestry to public radio and teaching. I loved the work here. I especially loved grinding, designing tools … and math came easy to me.”

So Simeone went to the University of Illinois in Champaign to pursue a bachelors degree in Theoretical and Applied Mechanics. There he had to make a decision that determined his career future.

“I was lucky. I had a college professor that offered me a scholarship to put me through college to get my doctorate in material sciences if I’d work for him for five or six years. He gave me six months to make a decision – either work for my father or come back to school,” Simeone said.

Simeone chose ultimately to pursue his interest in manufacturing and build up Manor Tool. Getting started, he took courses in tool & die and machining in the evenings, while playing amateur lacrosse on the side.

“As the last kid at home, I wanted to stay busy and I did,” he said. “Besides learning more and more about the trade, I also worked on bringing in more customers to build the business.”

Simeone said his father saw in the mid-1970s how losing one or two major customers to overseas manufacturers could set a business into a devastating tailspin. Along with Tom’s brother-in-law Ken Galeno – vice-president of Manor Tool – he began working on diversifying Manor Tool’s contract customer base.

“Now we work on whatever we know we can make. We’ve been blessed to work on a lot of different things that we’re really good at – from hand tools to aftermarket automotive to AGI, defense, electrical generation, packaging, agriculture, and mining,” he said.

For Simeone, the biggest challenge and the most valuable asset Manor Tool has is its people.

“People are the biggest challenge and 90% of our success,” he said. “Like others, we are working with a diverse group of people – some say almost like the United Nations. We’re doing okay there, because the average tenure at Manor Tool is 20 years.”

Simeone says they work hard to keep the great group of people on board at Manor and also have a very robust apprenticeship program to bring in new, trained team members. Manor Tool works with Leyden Township and Addison Trail high schools, where interest in manufacturing and technology jobs are much stronger today than it was 10 years ago. The company sends managers to advise local schools on increasing the interest in manufacturing careers.

“Manufacturing is a thinking man’s trade,” Simeone said. “To be successful, those entering the field need drive, abilities and desire – that’s a big thing.”

Simeone’s background of technology and engineering stirred an interest in encouraging computer-enhanced courses to be offered at the Technology & Manufacturing Association early on. He was asked to be on TMA’s Board of Directors and found the commitment to be very rewarding.

“At the time I came on the board, I was the youngest member – and had great mentors that taught me so much about the business: Dick Steininger (Sko-Die, Inc.) Bob Weisheit (Robert C Weisheit Company), Paul Prikos (Oberg Medical – XL Division), Egon Jaeggin (Numerical Precision) and so many others,” he said. “They treated me as an equal and I was just out of design school.”

After taking a break for several years, Simeone recently rejoined the TMA Board of Directors and is now serving as treasurer, in line to be board chairman in two years.

He continues to be active in TMA’s Government Relations Committee and promote TMA training. Two of Simeone’s three children are now working with him at Manor Tool. These days when he’s not at the shop, he’s enjoying golfing, fishing or gardening with his wife Courtnay.

Where does Tom expect to be in five years?

“I don’t know the answer to that question yet,” he told TMA News Bulletin. “I really enjoy working – but maybe just working a little less…”