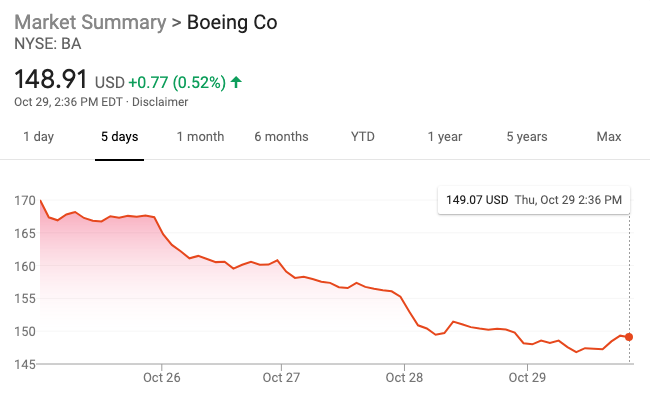 Boeing Co., the largest aviation manufacturer in the United States, announced October 28 that it made $14.1 billion in the third quarter of 2020, leading to a net loss of $401 million from operations during the quarter and an operating margin of -2.8%.

At the same time, the aviation manufacturer said it would cut its workforce even further than previously announced during the height of the pandemic and stick to reduced production schedules announced in July.

Tags:
Previous Article
20 Ways to be a happier person in 2020
Next Article
No to Progressive Tax Story #7: Amy Morgan of Le Fleur Floral Design