13 Organizations Join Vote No Coalition, Including Illinois’ Black and Hispanic Chambers of Commerce 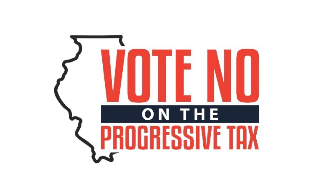 Illinois State Black Chamber of Commerce President Larry D. Ivory said, “We all know that taxes influence how businesses operate. With the proposed progressive tax, business sectors that largely employ women and minorities would be hit the hardest, and jobs will be eliminated. Illinois already has the fifth-highest corporate income tax rate in the country. Why would we want to jump up to the second-highest rate in the country? Taxes are the number one issue that works against us in trying to recruit businesses and entrepreneurs in our state. Most of our businesses are already hurting because of COVID-19, especially in the Black community. To disproportionately attack the sectors that provide so many jobs to our state with a tax hike is unfair and cruel to the hard-working men and women in these industries who need these jobs.”

Illinois Hispanic Chamber of Commerce President Jaime di Paulo remarked, “The progressive tax is a direct threat to our mission and our members because it will hurt small business owners, manufacturers, and family farmers. By raising taxes on these job creators, the progressive tax will take more money from these hard-working families and penalize them for their success. The impact on the Illinois economy would be devastating, resulting in businesses closing or relocating to other states, family farms going bankrupt, and workers losing their jobs. Why are Illinois politicians dead set on raising taxes during a pandemic which has already caused sky-high unemployment, especially in the Hispanic community?”

The following thirteen organizations have joined the Vote No on the Progressive Tax Coalition. Each are dedicated to organizing their memberships to fight back against this latest attempt by Springfield politicians to hike taxes on small employers and destroy jobs:

Associated Builders & Contractors—Illinois President Alicia Martin stated, “This is the absolute worst time to raise taxes. The progressive tax will cost jobs, slow wage growth, and hurt Illinois workers when we’re already facing the highest unemployment since the Great Depression due to the coronavirus. The middle class and working poor would be hurt the most. Because of the increased taxes, small businesses will be forced to fire workers, freeze salaries, cut hours and benefits, and increase the cost of goods and services for consumers. This would devastate Illinois’ working families.”

The Vote No on the Progressive Tax Coalition has continued to grow since its statewide launch just a month ago. In July, in an unprecedented coalition effort, the Illinois Chamber of Commerce, Illinois Farm Bureau, National Federation of Independent Business—Illinois, and Technology and Manufacturing Association joined together to urge Illinois voters to vote no on the Progressive Tax Constitutional Amendment.