Bob Clifford, Acme Industries’ Vice-President of Sales and Marketing, says he likes “the tangible side of things.”

“I like doing something I can point to and say, ‘This is something we made – an engine, a locomotive,” he said during a recent interview with TMA News Bulletin.

Clifford’s delight in tangible things led to him selling items in 1992, soon after graduating with a degree in marketing from Michigan’s Hillsdale College. But his interest really began before that, he said.

“I have to give credit to my dad, who was in industrial sales his entire career. Growing up, we lived for a while in the Detroit area, where he worked for one of the Big Three: Chrysler, Ford or GM,” Clifford said. “I grew up in that environment.”

The young salesman returned to the Chicago area after working in other locations, and soon thereafter began working for Acme Industries’ founder Warren Young.

“I was Warren’s first sales person,” he said. “When I came on, Acme had few, but loyal, customers. The company was enjoying the ongoing business of strong, longtime customers. They recognized the need for diversification, however, so Warren told me to ‘go out and find some different industries and new customers…’”

Clifford did what the boss asked.

But the manufacturing business and finding customers has changed dramatically over the last ten years, Clifford said.

“Things are pretty stable now as compared to ten years ago,” he said. “The oil and gas industry is very up and down. We’ve seen four up and down cycles since 2008. As a result, we’ve been working on being more diversified and growing into more stable industries such as aerospace and defense.

“Now is a great time to be trying to gain new business. There is growth for the U.S. and foreign allies, which are investing in new defense equipment.”

Not only are industry opportunities opening up, the way of winning those new customers has changed over the years.

“Some things remain the same,” he said, “specifically the need for good prices, quality work and timely delivery.”

But up until recently, deals were often made on golf courses or at social events. Now customers are looking for something else in addition.

Clifford also sees the need to encourage more young people to consider manufacturing careers. He has offered his time for the past four years to chair TMA’s Education Foundation. He often finds time to visit local high schools, presenting Foundation checks to bolster departments that offer training to students considering careers in manufacturing.

“Just about every manufacturer has trouble finding talent,” he said. “Our country needs to have a skilled workforce to some level. That workforce has been shrinking and shrinking – but it is starting to make a comeback.”

Indeed, skilled worker shortage is a real challenge as the US enters the 2020s. It’s not uncommon to hear company leaders say they’ve had to turn away work simply because they can’t find skilled team members.

Clifford finds that response to the industry’s challenge fascinating.

“That’s a great example of what’s such an awesome part of this country – if some people can’t hire enough, they turn away work,” he said. “Others will say ‘I’m going to figure out a way to do the same amount of work with less people.’ Those are the innovators – using robotics, cobotics and automation to find a way to grow and fill the need at the same time.”

Clifford is very proud of two particular aspects of his career at Acme: growing the company and reaching a broader array of customers, and at the same time, mentoring the next generation of sales persons.

“I take tremendous personal satisfaction in Acme’s diversification,” he said, “And while I was mentored for a while, I’m now mentoring others. That’s rewarding, too.”

So, for Bob Clifford, a career that started because of his interest in “tangibles,” has made its way into meaningful “not-so-tangible” reasons for what he does.

All in all, it sounds pretty fulfilling, doesn’t it?

US Supply Chain Woes to Stretch into 2022, Biden Admin Warns 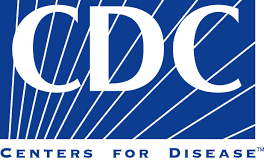