Op-Ed: Illinois enacting a progressive tax is like Sears attempting a turnaround by hiking prices 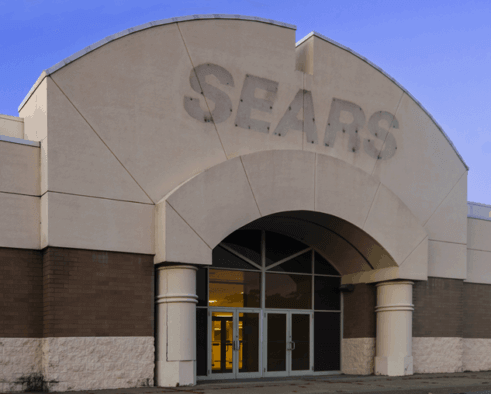 Expect hundreds of millions of dollars to be spent trying to convince you to support or oppose a progressive income tax structure in Illinois. The airwaves will be bombarded with purely emotional campaigns full of misinformation. And you can bet you’ll hear “facts” that are entirely contradictory. You’ll be sick of both sides long before the actual vote next year.

So, what to do? At some point, you’ll have to block out all the noise and use common sense to figure out the reality of Illinois’ proposed progressive tax.

You could start by comparing Illinois’ situation to the struggles of one of the state’s oldest institutions: Sears.

Sears, once the “king of retailers,” is a shell of its former self. The Illinois-based company has been losing market share to its rivals for decades. Its products are out-of-date, its credit is in the tank and trust in management has disappeared. Sears’ customers have fled the once proud and iconic company.

So, imagine how ludicrous it would be if Sears announced a turnaround plan based on just one thing: price hikes. No operating reforms, no change in strategy, no improvement in products – just price hikes. For sure, that’d be the final nail in Sears’ coffin.

Such a strategy might sound absurd, but it’s precisely the approach politicians are pushing in Illinois.

It’s their version of a price hike and it’s their panacea for all of Illinois’ woes. It’s a foolish strategy that will only prove destructive to a state in steep decline.

Illinois already bleeds more residents than any other state in the country except New York (Appendix 1). Illinoisans are already burdened with the highest taxes in the nation,according to Kiplinger (Appendix 2). Property values, adjusted for inflation, are falling in Illinois, bucking the upward trend across the rest of the nation (Appendix 3). And corruption is rampant, as evidenced by the growing list of state of local and state officials indicted or under investigation. A recent report from UIC found that Illinois is the 2nd-most corrupt state in the nation (Appendix 4).

No matter how it’s structured, a progressive tax scheme will only make each of those things worse.

Sears dominated retail sales in the 20th century and was once the nation’s largest employer. “It was the Walmart and Amazon of its day, combined.”

But by the turn of the century, Sears began to fall behind. Products and management styles evolved and Sears failed to adapt as new competitors arose.

Other retailers upgraded their stores while Sears stores fell into disrepair. As a result, Sears lost customers, it shuttered locations and its debts continued to rise. The company has been in a downward spiral ever since.

Illinois has suffered a similar history.

In the middle of the 20th century, Illinois was a beacon of prosperity for people all over the world. Foreigners flocked here to achieve the American Dream, and other Americans came north during the Great Migration. Illinois’ population exploded and the state became a dual machine of agriculture and industry.

But Illinois, too, began to fall behind near the end of the century. While other states like Indiana and Wisconsin adapted to competition by implementing labor, spending and tax reforms, Illinois doubled down on its failed policies.

The major cracks began to show themselves in the early 2000s, and since then, Illinois has gone from beacon to basket case (See Appendix). Illinois is now a national outlier on almost every financial, economic and demographic factor you can think of.

That’s the common-sense reality Illinois faces, and the progressive tax won’t help with that.

Ask yourself, will yet another tax hike stop the flight of hundreds of thousands of Illinoisans each year? Will a multi-billion dollar tax increase – and the expectation of more hikes – lead to lower taxes? Will more tax hikes lead to increases in home values? Will more tax dollars in the coffers of Illinois politicians lead to less corruption?

The clear answer to all those questions is no.

Only structural spending and governance reforms can reverse the course of the state, eventually bringing people back, pushing up home values and making Illinois a competitive place again.

The bottom line is, Illinois needs to adapt to succeed. Sears shows what happens when you don’t. 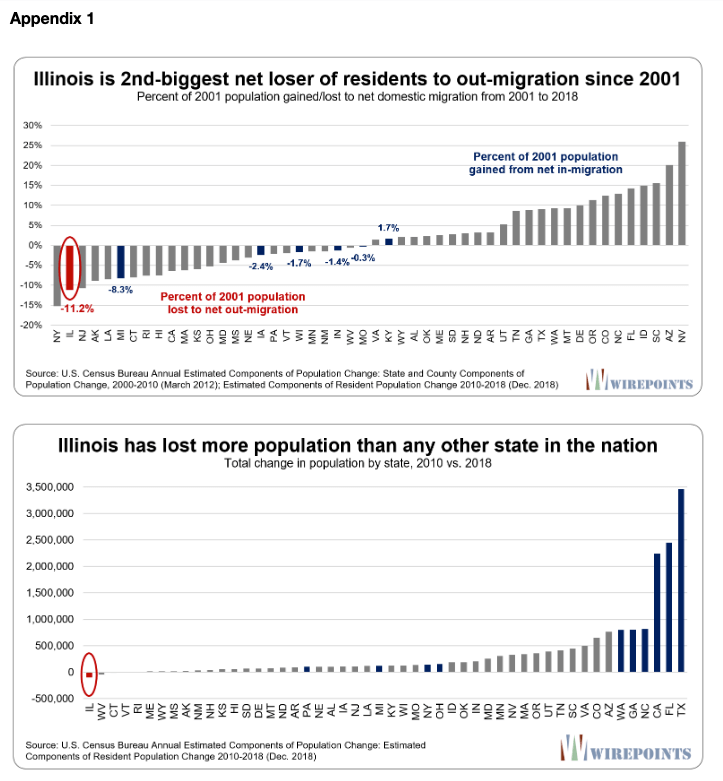 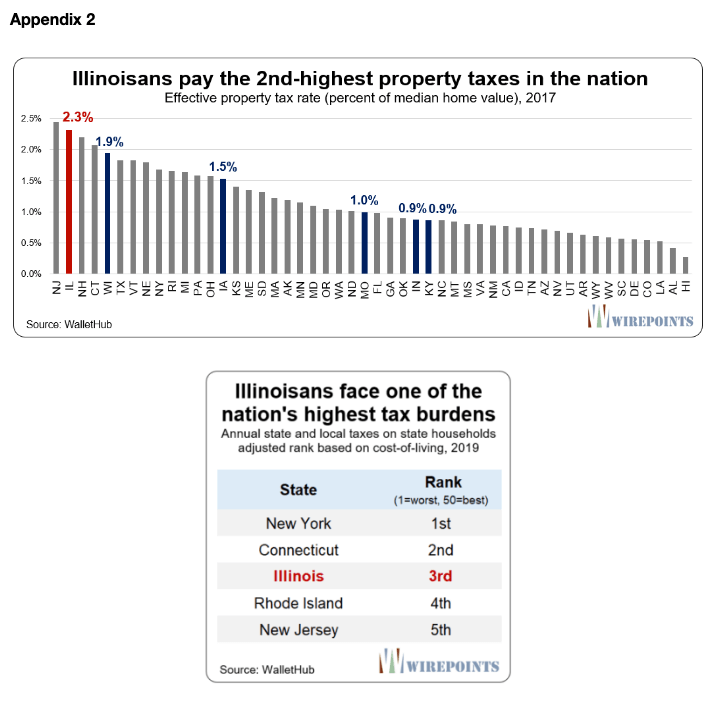