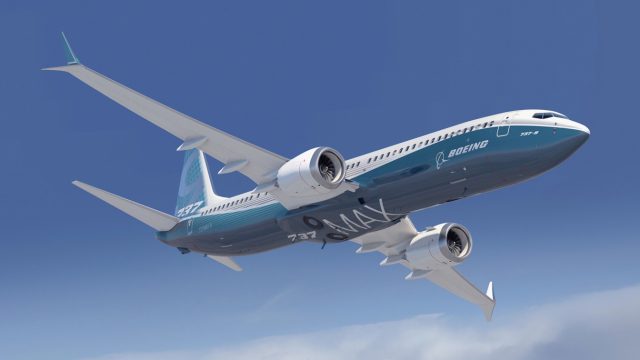 Dennis Muilenburg was ousted as chief executive officer of Boeing Co., a once-unthinkable turning point for a U.S. industrial champion engulfed in turmoil after two deadly crashes of its top-selling 737 Max jetliner.

David Calhoun, a General Electric Co. veteran who had served as chairman since October, will replace Muilenburg as CEO and president Jan. 13, Boeing said in a statement Monday. The move followed a rare public rebuke Dec. 12 by the U.S. Federal Aviation Administration. Just last week, Boeing said it would temporarily halt output of the Max, which has been grounded since March.

Boeing [NYSE: BA] announced today that its Board of Directors has named current Chairman, David L. Calhoun, as Chief Executive Officer and President, effective January 13, 2020. Mr. Calhoun will remain a member of the Board. In addition, Board member Lawrence W. Kellner will become non-executive Chairman of the Board effective immediately.

The Company also announced that Dennis A. Muilenburg has resigned from his positions as Chief Executive Officer and Board director effective immediately. Boeing Chief Financial Officer Greg Smith will serve as interim CEO during the brief transition period, while Mr. Calhoun exits his non-Boeing commitments.

The Board of Directors decided that a change in leadership was necessary to restore confidence in the Company moving forward as it works to repair relationships with regulators, customers, and all other stakeholders.

Under the Company’s new leadership, Boeing will operate with a renewed commitment to full transparency, including effective and proactive communication with the FAA, other global regulators and its customers.

“On behalf of the entire Board of Directors, I am pleased that Dave has agreed to lead Boeing at this critical juncture,” Mr. Kellner said.  He added, “Dave has deep industry experience and a proven track record of strong leadership, and he recognizes the challenges we must confront. The Board and I look forward to working with him and the rest of the Boeing team to ensure that today marks a new way forward for our company.”

Mr. Calhoun said, “I strongly believe in the future of Boeing and the 737 MAX. I am honored to lead this great company and the 150,000 dedicated employees who are working hard to create the future of aviation.”

Tags:
Previous Article
Op-Ed: Illinois enacting a progressive tax is like Sears attempting a turnaround by hiking prices
Next Article
Trump official: ‘Everyone who wants a job can get a job’ in Trump economy

Trump official: ‘Everyone who wants a job can get a job’ in Trump economy
TMA Media Dec 30