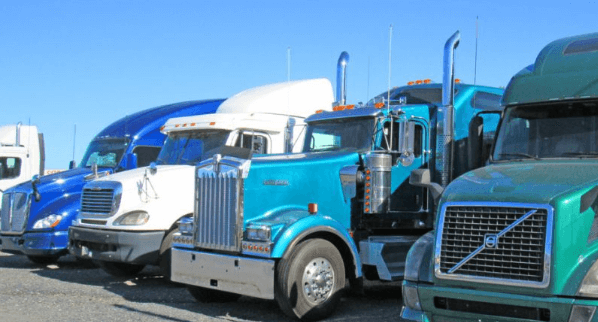 Last year, the demand for trucks was nearly unprecedented.

In 2019, U.S. trucking companies and truck makers like Cummins are laying off workers.

Thousands of truck drivers and others in the industry have lost their jobs this year. Trucking has been in a recession since the first half of 2019, according to ACT Research.

In the first half of 2019, about 640 trucking companies went out of business, according to industry data from Broughton Capital cited by The Wall Street Journal. That’s more than triple the number from the same period last year, 175.

Not only is trucking going through a rough patch, so are heavy-duty truck makers, Business Insider reports.

According to the most recent data from FTR Transportation Intelligence, October orders of heavy-duty trucks were down by 51% from last year. October is typically the hottest month for new truck orders, and this October’s orders hit a three-year low, the weakest since 2016.

Steve Tam, the vice president of ACT Research, a leading publisher of commercial vehicle data, said that when it comes to trucks, we’re seeing the biggest volume change in nearly four years and the largest price drop in three years.

And now Cummins is laying off 2000 workers globally.

Engine manufacturer Cummins has said it will lay off around 2,000 employees in response to market conditions. A company spokesperson says the layoffs are expected to be completed by the end of the first quarter of 2020.

In a statement, the company called the cuts “tough and disappointing,” but says they are needed “to navigate this downturn and emerge stronger when markets return, just as we have done in the past.”

Cummins employs around 62,000. The cuts account for about 3% of its workforce.

With Cummins laying off workers, parts suppliers could expect slowdowns in order demands in early 2020.

Read the rest of the story on Business Insider.

Previous Article
Nearly everyone in the U.S. that wants a job has one. But how good are they?
Next Article
Mottl: Why are Illinois Congress members going to bat for China?