Trade schools could solve the US income gap, researchers say 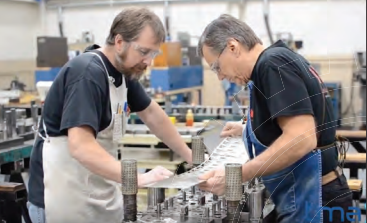 Trade school, not 4-year college, is a better bet to solve the US income gap, researchers say, according to a story on MSNBC.com.

Researchers at the University of Southern California and New Zealand’s Victoria University of Wellington are investigating how the United States can become more competitive in the manufacturing industry in the age of artificial intelligence.

Some of their conclusions suggest that more investment is needed in vocational programs and not in large, four-year universities.

The researchers compared the U.S.’ education alternatives to Germany’s and found:

Manufacturing employment has fallen in both countries, yet in Germany, manufacturing’s value added has stayed around 22 percent in the last 20 years.

In the U.S., on the other hand, “there are too many four-year colleges serving too many students, and too few institutions with greater focus on vocational education and training,” Aizenman said.

“Chances are that better vocational education access and its quality in the U.S. would increase the income of the workers that are in manufacturing, and probably would reduce the overall income inequality in the US,” he added.

The whole story is available at “Trade school, not 4-year college, is a better bet to solve the US income gap, researchers say”