“We’re just disconnected. We’re rewarding behavior we should be discouraging. We’re lending money we don’t have to kids who are never going to be able to pay it back to train them for jobs that don’t exist anymore. That’s nuts.”

In a recent interview with the Daily Wire, Rowe said the decision by many school systems to do away with shop and metal-working classes has led to a “skills gap” in which millions of vacant jobs have no qualified applicants.

“The skills gap today, in my opinion, is a result of the removal of shop class and the repeated message that the best path for the most people happens to be the most expensive path,” he said.

The U.S. has $1.6 trillion of student loans on the books and 7.3 million open positions, most of which don’t require a four-year degree, Rowe said.

The rest of his interview is here on the Daily Wire. 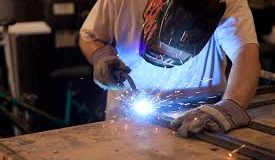