Warehousing surpasses manufacturing in Will County 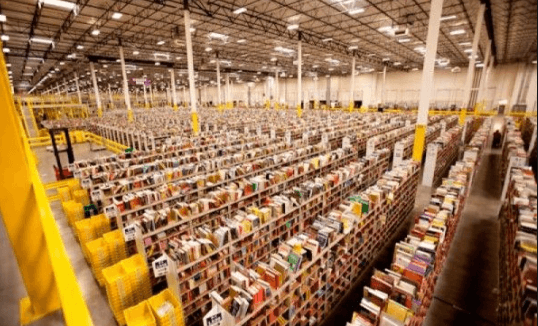 There are three basic sources of wealth have always been recognized as mining, agriculture and manufacturing.

The Chicago region was the nation’s hub for manufacturing since the early 1900’s. It multiplied decade by decade – via networking, companies interacting with nearby companies to coordinate seamlessly with each other, and providing access to the nation’s distribution system.

Illinois’ wealth producers like coal fields are shutting down. Corporations are buying up the state’s farms and livestock producers. Now manufacturing is going through transformation as the industry moves to southern and southwestern states such as Alabama, Georgia, South Carolina, Tennessee and Texas. All three wealth producers are draining income-producing sources as they go.

Distribution, transportation and warehousing are now the biggest job-producers in Will County, a story in Chicago Crain’s said this week.

Square feet by square feet, warehouses are filling up what was once farmland with concrete-floored buildings that store or move products made elsewhere – from newer manufacturing zip codes in the US to foreign countries.

But the new warehouse jobs – while many – don’t pay what manufacturing paid or offer benefits, Crain’s says.

Like manufacturing jobs of the past, today’s warehouse work is open to people with a high school education or less. But the new warehouse jobs are less likely to be unionized. Companies often hire temporary agencies to staff warehouses, making workers harder to organize, and despite the industry’s growth, traditional labor unions largely have ignored it.

There’s another key difference: The new jobs pay less. To be sure, low unemployment is pushing wages higher right now. Walmart advertised warehouse jobs in March paying $17.45 an hour. Still, federal labor statistics show that in 2018, the average transportation and warehousing employee in Will County earned $43,000. That’s the same as the average annual wage for a manufacturing employee . . . in 1998.

Sure, the new warehouses produced lots of construction jobs while being built, but those jobs are short-lived, unlike lucrative, long term manufacturing jobs.

Last year manufacturing employed about 22,900 in Will County. The industry has rebounded since the Great Recession, and the average annual manufacturing wage in the county is $71,000. But transportation and warehousing has grown faster. Employment mushroomed from 5,600 four decades ago to 24,100 in 2018, with a 68 percent surge in the past three years alone.

And if warehousing executives think they’ll find their way around union demands, they should think again, Crain’s writes.

“IAM and other unions are realizing they really have to get on top of it, get Will County organized, along with the rest of the Chicagoland warehouses,” Clack says. “This could be a real strategic place for labor unions to be if they want to have a say in the overall economy.”

Will County is accessible for north/south, east/west transportation sources – much more so than Chicago itself.

Questions now are how long will wealth-producing manufacturing in the neighboring Chicago region continue to thrive with the looming downhill trend of mining and agriculture underway?