Wade Keats: Building a family business for “the freedom”

Wade Keats’ father, Bert, and his uncle, Glenn Keats, started Keats Manufacturing in 1958. A key reason for starting the business was something Wade’s father repeated often: “I didn’t get in this business for the money, I got in it for the freedom.”

Today, the family continues to work together. Wade and his older son team with Wade’s cousin and brother to direct Keats Manufacturing’s three sites in Wheeling, Illinois, El Paso, Texas and Mexico. 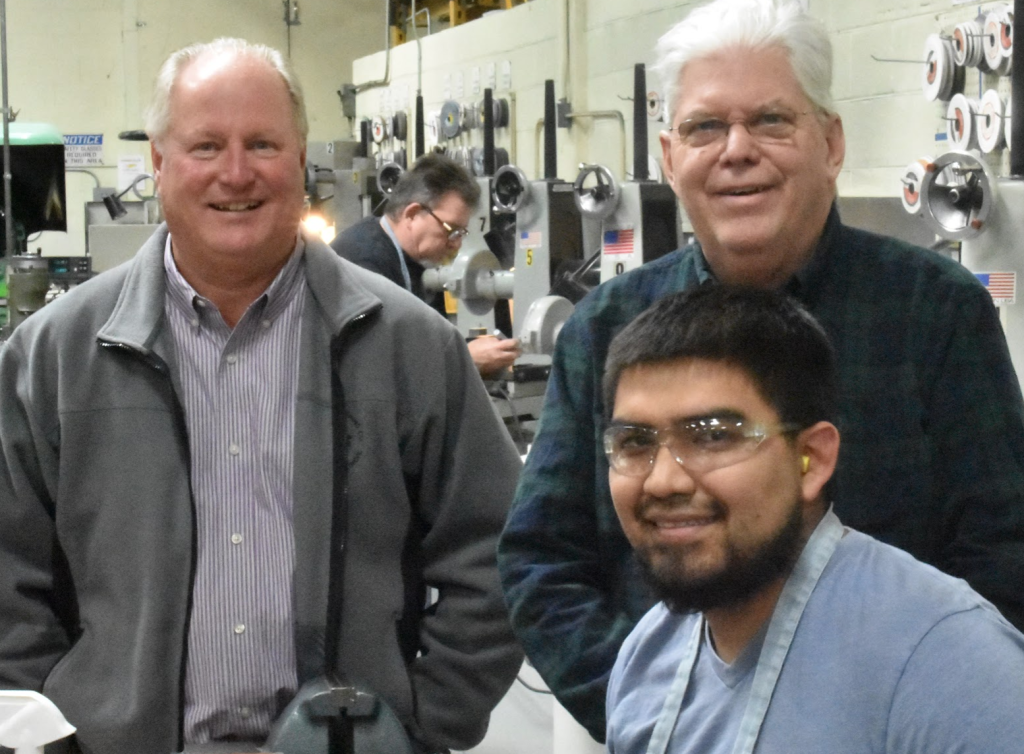 When the Keats aren’t focused on their manufacturing business, they’re enjoying time with each other and their family passion, hockey. The sport was a big part of Wade Keats’ childhood, and has affected the way he does business.

Wade was raised in Chicago’s northern suburbs, where ice hockey was a neighborhood winter pastime. “I started playing hockey when I was seven years old,” he said. “Then I played for New Trier High School when my dad coached the school’s first hockey team.”

Though top-level college team scouts offered Keats opportunities to play for them, he chose to go to smaller Curry College in Massachusetts because the scouts told him he would play right away and not sit on the bench the first two years. That’s what Wade wanted.

He loved the teamwork and competition college hockey provided. 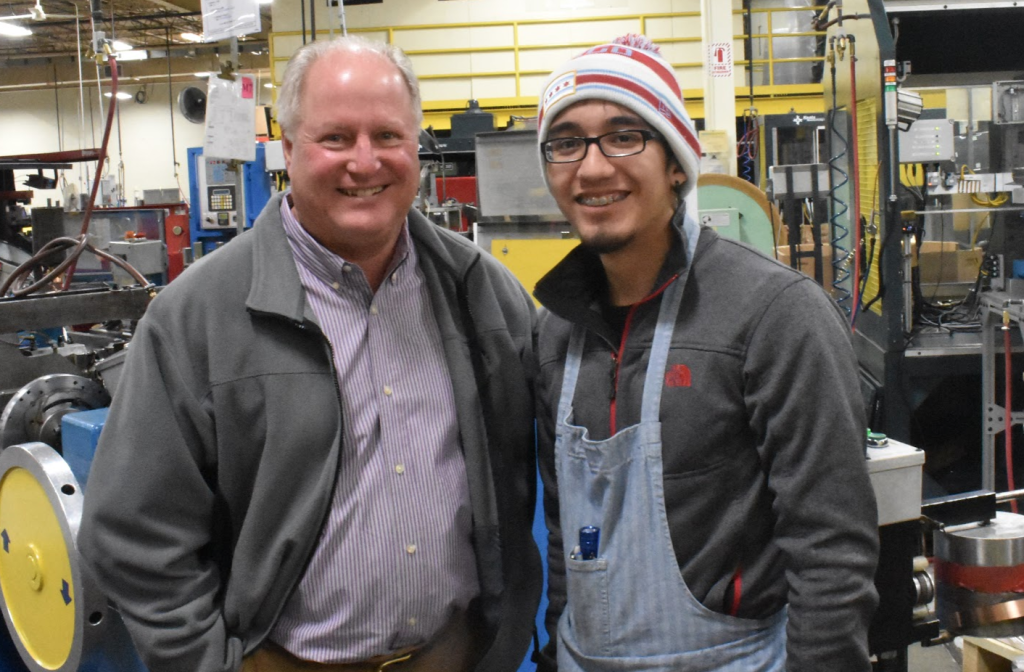 “I loved the competition. When you’re on a team like that for four years, it taught me that you really have to get down to it,” Keats said. “The other team wants to beat you. Competitors in business are like that. It’s a fact. They want to take bread off your table. We have to compete hard for this – all that in hockey helped me in the business.”

Glancing up to the oil painting of the Chicago Blackhawks’ logo on the conference room wall, Keats said, “You’ve got to get everyone locked in on the same row to win.”

When Keats finished college, he returned to the family business. He was familiar with the shop where he spent time as a kid and worked as a teen during summers. He already had experience setting up machines, working in shipping, and learning the business from the shop floor up.

By age 24, Keats was the company salesman. While he was open to tool making, what he really wanted to do was promote the family business. Keats Manufacturing grew, moved from Chicago to Evanston to Wheeling, and grew more.

Keats then assumed the role of CEO 22 years ago, when his father decided it was time to step down.

“What’s unique about Keats Manufacturing is that we have a lot of family here. We treat people like family,” he said. “We share their ups and downs and go to bat for them. We do a good job on compensation and benefits. For us, it’s not a job, it’s a career. We make it so people want to stay.”

Among its many services, Keats Manufacturing designs tools in order to run production for various industries, including automotive, electrical distribution and solar. The company combines advanced, state-of-the-art technologies, including CAD/CAM, EDM and CNC machines.

As the business evolves, Wade says keeping communications open and updating technology systems are two of the company’s biggest challenges.

Add that to the universal need to find qualified and trained personnel to fulfill expanding orders.

“Others from other parts of the nation tell us all the time that we’re lucky to have TMA in the area to train new people,” he said. “TMA is the best training around. It’s not that easy to get.”

Several members of the Keats team have been or currently are involved in TMA training.

Keats joined TMA’s Board of Directors last year and was surprised to learn all TMA offers.

“We’ve been members of TMA for years – I don’t know how long,” he said. “But when I became a director, I learned all that TMA has to offer. It’s amazing, and I’ve been able to tell others – especially smaller companies – all that TMA has to help them. Smaller companies don’t have HR departments or 401k funds – TMA can help them. And the networking TMA offers is phenomenal. It’s very important we keep TMA moving forward.”

There’s no question manufacturing has dramatically changed from the days Wade’s father and uncle started their company, he said. But the rewards of providing a source of income for hundreds of families over the years haven’t changed at all. Wade shares his dad’s thinking on the subject.

“Dad would go to company events and say, ‘Look at all the people we support, and who support us,’” he recalled. “I think of that often.”

“Dad got into the business because he wanted freedom most of all – the money came later. I wanted to do what I wanted to do. I understood what Dad said. That’s the reward of starting a business that becomes successful.”

Wade says he plans to continue to stay involved in the business for years to come, although he hopes to be able to take more time in the near future to enjoy the family Florida condo and visit with his son’s young family in Mexico.

Likely, Wade’s finally pursuing for himself that same rewarding freedom his father sought.

More about Keats Manufacturing can be found at: www.keatsmfg.com.