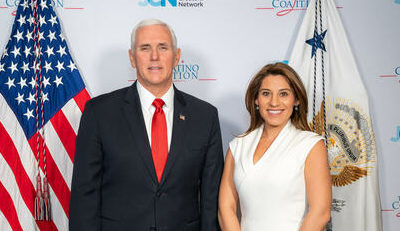 “Tariff-free, modern trade is important for Illinois manufacturers, especially us small businesses,” said Wolter, who also serves on the Technology & Manufacturing Association’s Board of Directors. “Selling what we make here to countries around the world helps us to remain competitive in today’s global economy. It also helps us to reinvest in our businesses, hire more employees and give back to the community.”

“The Trump administration continues to show its steadfast commitment to America’s manufacturing workers,” said Farr. “Manufacturers in Missouri and across the nation are keeping our promise to grow, invest and hire. This historic agreement will help us sustain this momentum. Congress must act now and ratify this agreement.”

“Manufacturing in Georgia is stronger thanks to policies like tax reform and regulatory certainty,” said Winton. “To keep making significant contributions to local economies, we need certainty on trade, which means we need Congress to pass the USMCA. It’s essential to the livelihoods of Georgia manufacturing workers.”

Canada and Mexico are manufacturers’ top trading partners, purchasing one-fifth of the total value of U.S. manufacturing input—more than the next 11 countries combined. These exports support 2 million American manufacturing jobs and 43,000 small and medium-sized businesses. Comprehensive new state data from the NAM shows the USMCA’s positive impacts in each state and throughout the U.S. On Wednesday, the NAM is bringing manufacturing leaders from across the country together in Washington to urge Congress to pass the USMCA.

“The USMCA would undoubtedly strengthen and expand the U.S. food and agriculture industry—and all the sectors that support it, including manufacturers,” said Kent. “Agriculture is at the center of the Iowa economy, supporting countless jobs and industries. Each day that passes without the USMCA in place is a day that costs Iowa’s manufacturers and businesses.”

“General Motors has long supported efforts to modernize the agreement and believes passage of USMCA is vital to the success of the US automotive industry,” said Barra. “The certainty that comes from having USMCA in place will allow us to continue to invest in manufacturing in the United States with confidence.”

“American businesses need certainty in our trade policy to create jobs and grow,” said Sukup. “Without concrete, modern trade laws with our closest trading allies—Canada and Mexico—manufacturers in America won’t reach our full potential. On behalf of Iowa’s more than 25,000 employees whose jobs rely on North American trade, I urge Congress to swiftly pass the USMCA.”

The USMCA is waiting for approval in the U.S. House, then the U.S. Senate before going before President Trump.