CHICAGO – As late as Thursday, economists expected the US Gross Domestic Product to be around 2%, and being downgraded possibly as low as 1.8%. Most were surprised when the figure came out Friday morning at 3.2%.

The numbers: Reports of the demise of the U.S. economy proved unfounded as first-quarter activity showed surprising strength. The U.S. economy expanded at a 3.2% annual pace in the first three months of 2019, the government said Friday.

The gain was well above forecasts. Economists polled by MarketWatch had forecast a 2.3% increase in gross domestic product. The economy grew at a 2.2% rate in the final three months of 2018.

Inflation moderated a bit in the first quarter.

MarketWatch lined up with Huntington Bank’s John Augustine’s predictions during TMA’s annual Economic Breakfast Thursday morning, in which Augustine predicated 2.0% GDP – but cautioned that the lower than last quarter’s figure did not indicate a recession on the way.

“We think the first quarter GDP will be the lowest of the year, with the rest of the year higher,” Augustine told area manufacturers. “The general outlook for the US economy is optimistic.” 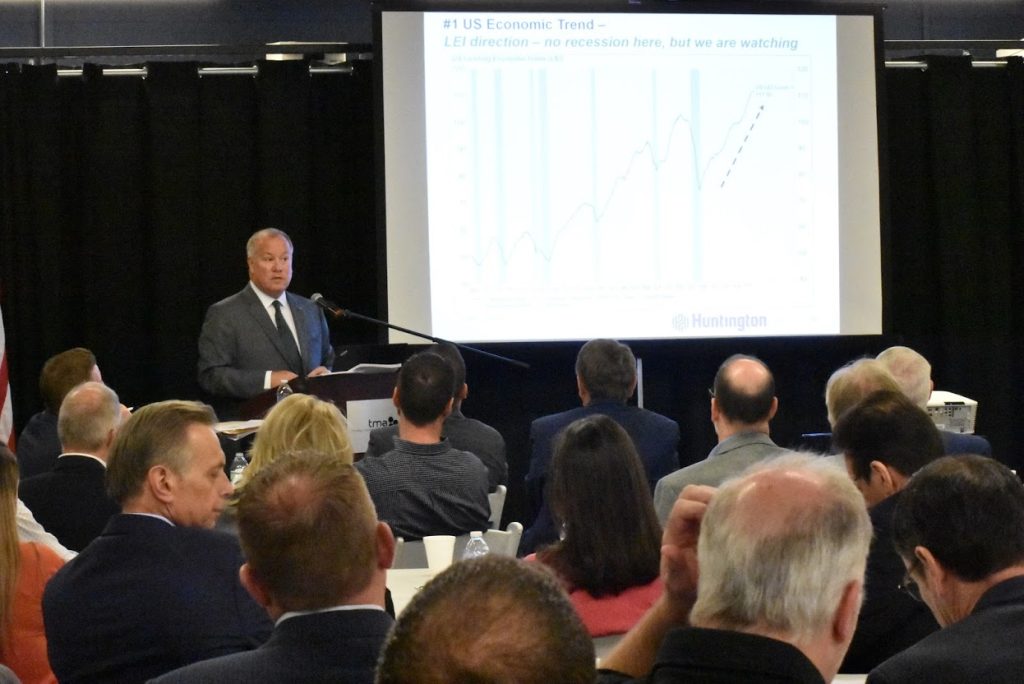