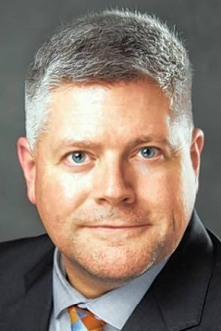 Last August, TMA leadership met with one of candidate J.B. Pritzker’s top policy advisors to discuss how the business and manufacturing landscape would look if he were elected governor. We were told that the manufacturing community would have an ally occupying the governor’s office, one who would support this industry, which is crucial to Illinois’ economy. We conveyed our uncertainty due to Illinois’ already anti-business climate and Mr. Pritzker’s public comments about increasing taxes. We were told our industry would continue to see growth.

Everyone in the meeting left hopeful that the modest manufacturing resurgence Illinois has recently seen would accelerate under a Pritzker administration.

Flash forward to April of 2019, and that optimism has, unfortunately, quickly disintegrated.

After Gov. Pritzker announced his progressive income tax plan, we at the Technology & Manufacturing Association surveyed our members to get their opinion on the newly-proposed tax plan. The numbers were overwhelming. A staggering 91% of our members opposed the income tax plan that would increase the top personal rate by 60% and raise the corporate tax rate by 14%.

The manufacturing industry is booming nationwide, and while the Chicagoland area contains 5 of the 10 biggest manufacturing zip codes in the United States, we have not been able to enjoy this same economic boom here thanks to misguided policies like this tax hike.

Although Illinois has stifled businesses in this state for years, this new tax plan could be the straw that breaks Illinois manufactures’ back. Many small- to mid-sized manufacturers don’t pay the corporate tax rate so they could see their taxes increased by as much as 60%. According to the Tax Foundation, neighboring states like Indiana, Iowa, Kentucky, and Missouri have all cut income taxes in recent years, while Illinois seems to be headed in the complete opposite direction.

On top of this, research shows that Illinois will face a shortage of about 300,000 skilled workers in the manufacturing industry over the next decade.

Combine that with the over 45,000 Illinois residents who moved out of our state last year alone, and Illinois’ limited manufacturing resurgence could simply end up being a brief blip on the radar. According to our Midwest Manufacturer’s Outlook Survey, over 32% of manufacturing companies here in Illinois state that their number one pain point is a lack of skilled workers.

It’s no wonder that only 16% of our manufacturers report being optimistic about the Illinois economy over the next 12 months. Just the discussion and exploration of a progressive income tax severely impacts the trust Illinois manufacturers have with our policymakers, which was weak to begin with.

We’ve been saying this for years, and while our offer continues to be denied, the manufacturing community stands ready to work with Springfield to foster our own economic boom here in Illinois. Working together, we can grow the Illinois economy, create opportunities for our young people, and grow good-paying jobs for our talented workforce. But we can’t manufacture this reality if policymakers in Springfield continue to refuse to back our manufacturing job creators.

The Midwest is the beacon of manufacturing in the United States and our Illinois manufacturers play a critical role in that. If Gov. Pritzker continues down this path of increasing taxes and turning his back on this economically-important industry, our neighboring states will reap the benefits while Illinois is left in the dust.