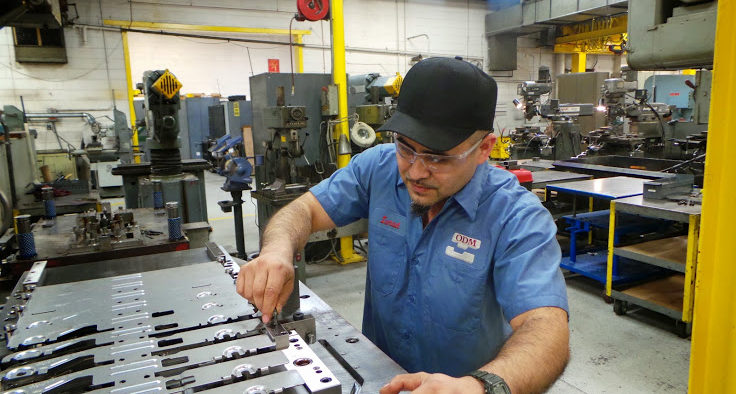 News reports are saying economist Stephen Moore will be officially nominated by President Trump to sit on the Federal Reserve Board this week.

As a respected economist, he’s a regular on national cable news programs. As a distinguished visiting fellow at the Heritage Foundation, he’s been tapped to counsel incoming President Donald Trump’s transition team. As an opinion leader, he served on the Wall Street Journal’s editorial board, writing on the economy and public policy.

Since before the 2016 General Election, Moore – who grew up north of Chicago in New Trier Township – has been meeting regularly with the Trump team, encouraging public policy initiatives he believes could have a dramatic effect in bringing production and jobs back to America.

Lowering the corporate tax rates is a top priority that would stimulate the economy, Moore says. The current U.S. corporate tax rate is about 39 percent, the third highest in the world, according to the Tax Foundation. By comparison, the rate for France is 34 percent, for Germany it is 30 percent, and for the United Kingdom and Japan it is 20 percent. Trump wants to knock the U.S. rate down to 15 percent, and Moore agrees.

Moore – a graduate of the University of Illinois-Champaign – points to four main obstacles for growing employment:

Moore took a few minutes recently to talk with TMA’s News Bulletin about what he sees ahead for American manufacturing, and why he’s optimistic about the future.

NB: What differences in policy concerning manufacturing do you anticipate between the Trump and Obama administrations?

MOORE: I think the Trump Administration will be a very pro-manufacturing, a pro-“Made in America” administration that focuses on tax and regulatory changes that will make manufacturing much more competitive here in the United States.

This will be an administration leaning towards rebuilding the industrial Midwest and bringing factories back and helping coal miners, as well.

NB: Bringing manufacturing back to America is good, of course, but how will the new administration address the critical shortage of skilled workers?

MOORE: We definitely need more trained, skilled workers. There are shortages of people who can do welding and pipefitting, as well as engineers and electricians and mechanics – all those jobs are in severe shortage.

We need to really re-orient our education system, especially post-secondary education, towards the skills students need to get good paying jobs. These jobs where they work with their hands, where they can make $75 to $80 to $100 thousand a year, if they’re good at it.

Meanwhile, we’re graduating all these students with psychology and sociology degrees that are fairly worthless to employers. We really need to re-orient the education system and retrofit workers to the jobs that are available.

NB: If more things are made in America, costs will go up as the use of robotics and technology grows. Couldn’t that negatively affect average Americans?

MOORE: Wages go up in America when American workers are more productive – and they have more machinery, equipment, computers and technology they need to work with. That’s a positive thing. The average factory worker today makes five to 10 times more an hour than the average factory worker 25-30 years ago. As you get more productive, you command a higher wage and salary.

We’ll continue to see movements towards robotics and automated cars and things like that. It will change the way goods and services are produced in America. It will require less human effort and more effort by machines and robots and other equipment.

NB: With all the regulations, employer mandates and taxes, many company owners have put hiring and plant investments on hold for years. Can they expect to see substantial changes that would encourage more investment in American manufacturing?

You take the changes in trade policy, tax policy, regulatory policy, energy policy, health care policy, and you can make America a very attractive place to hire or work. You pay a lot of money, but you get rid of a lot of these extraneous costs and it becomes a bargain.

The United States can be the most hospitable place to do business in the world with these changes Donald Trump is talking about.

NB: Sounds like overall, you’re very optimistic about the future of manufacturing?

MOORE: The main thing is how do we get out of this economic rut we’ve been in for the last 10 to 15 years? One where wages have not risen, where policies led to a crash in the real estate market and an incredibly shallow, spongy recovery that really hasn’t hit a huge portion of the American economy.

We’ve got to create a true rising tide that lifts all boats, and not one where all but the rich didn’t do so well. If you have an even economy that raises the economic growth rate to four or five percent, everybody’s going to do better.

You’re going to have more jobs for lower income people, higher paying jobs for middle class people and everybody’s going to see benefits to this recovery. And it’s about time, because as I said, it’s been 15 years since the average American had a pay raise.

Fifteen years is a long time for a national economy to stall, but once the economic motor kicks in, it doesn’t take long for that engine to begin humming once again.

A growing number of national opinion leaders like Moore are optimistic about American manufacturing’s future.