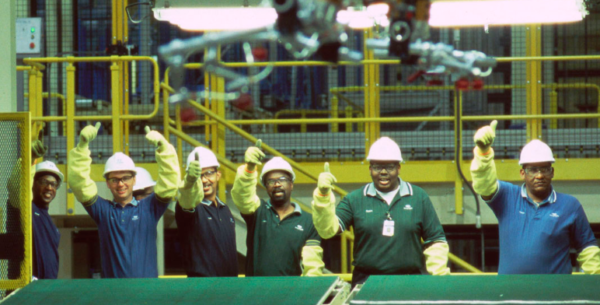 Optimism among U.S. manufacturers remains high despite continued workforce concerns brought on by the tight labor market., rising health care costsand the state of the nation’s infrastructure, according to a quarterly survey by the industry’s top trade group released on Tuesday.

The report by the National Association of Manufacturers comes as fears of a potential economic recession in 2019 subside among some experts. Nearly 90 percent of manufacturers have a positive outlook for their business, up from 69 percent in 2016 but down year-over-year, according to NAM’s recent survey of 14,000 U.S. companies. It is the ninth straight quarter of record optimism, the group says.

“Manufacturing in the United States is on the rise, and manufacturers are confident about the future,” said CEO Jay Timmons. “We have to get serious about infrastructure investment and attracting, recruiting and training our people for the high-tech, high-paying modern manufacturing jobs.”