What Illinois manufacturers can expect in upcoming General Assembly 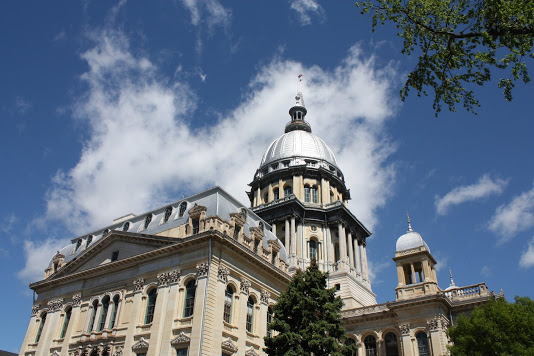 U.S. manufacturing has been enjoying a renaissance with record growth, productivity, and employment. But the industry outlook isn’t as optimistic when it comes to manufacturers in Illinois, where continued concern about taxation, regulation and public policy negatively impact
the business environment.

Included in this News Bulletin is TMA’s most recent Illinois Legislative Scorecard. It shows that the majority of political leaders continue to be ill-informed about, and therefore hostile toward, manufacturing.

According TMA lobbyist Jay Shattuck, the expansion of one-party control of the state will change the atmosphere at the Capitol. “Signs of things to come for manufacturers from the General Assembly and J.B. Pritzker became evident in the veto session after the election,” Shattuck said. “Several workplace issues that could have been voted upon were put over to 2019 to allow political credit to go to the new governor.”

In addition to a new, inexperienced, majority-party governor, nearly one of four state lawmakers sworn into office this year will be new to the process.

“Many have little understanding of the risk and investment manufacturers undertake in doing business in Illinois,” Shattuck said. “Some see business as a cow to milk, some as a cow to be slaughtered. Too few see business as the source of economic security and growth.”

It is unlikely the Illinois Democrat Party will veer away from its historical anti-business and anti-manufacturing positions, so Illinois manufacturers can expect to be bombarded with policies that will have negative impact on the state’s businesses.

That’s why TMA members should be vigilant, active and interested in information coming from the association, Shattuck says.

Numerous issues negatively impacting manufacturers over the last four years were vetoed by now former Governor Rauner. “We anticipate that these vetoed issues will be revived, and without education and pushback, could quickly become law. That’s why advocacy by TMA is so critical at this time, Shattuck said.

At the top of the Democrat majority’s legislative list are additional anti-business regulations, as well as legalized cannabis, expanded gambling, and threats to tax incentives for manufacturing.

Shattuck says he expects the state legislature to reconsider workplace mandates such as:
• Employers required to pay employees’ sick time off
• Family and Medical Leave Act expanded to include smaller businesses and require the time off be paid
• Employee work schedules established and implemented according to new state specifications.
• State’s minimum wage raised.

He says Illinois manufacturers should also expect the legislature to pass into law wage policies such as:
• Increased criminal penalties for violation of the Wage Payment & Collection Act, including barring of state contractors for five years from bidding on any state procurement for violating certain Illinois employment laws, any comparable laws in other states or the federal FLSA.
• Creation of wage lien rights against corporate officers and a company owner’s personal property.

Illinois Workers’ Compensation law is likely to be changed to codify current negative case law for “causation” and “traveling employee” – policies that will expand employers’ liability.

Employment discrimination policies expected to be considered with House Speaker Mike Madigan and Senate President John Cullerton leading the way include:
• Prohibiting an employer from seeking information about a job applicant’s wage, salary and benefit history, reducing employer defenses and increased financial penalties and remedies under the Equal Pay Act.
• Prohibiting sexual harassment settlements from including or agreeing to include any term or condition that would prevent the disclosure of the
underlying facts and circumstances of the claim or action unless the condition of confidentiality is the plaintiff’s preference or other specified
conditions are met.
• Changing the definition of “employee” under the Illinois
Human Rights Act to include independent contractors.
• Expanding “employer” definition under the Illinois Human Rights Act to include employers of one or more employees.
• Creating the Limitations on Forced Arbitration Act restricting the use
of forced arbitration agreements on entities doing business with the State.

Environment and energy issues expected to be addressed in the
upcoming legislative session include:
• Manufacturers being required to notify residents when seeking
air or water permits.
• Energy costs being shifted from residential consumers to commercial and industrial consumers.
• Tightening Illinois environmental laws to be as stringent as federal laws as of 1/19/2017.

Another state income tax hike is expected, and manufacturing sale and use tax incentives could also be modified or eliminated.

To be up to date and fully informed about state policy changes and proposals, contact Dennis LaComb at [email protected] or check TMA’s news site at www.tmanews.com.