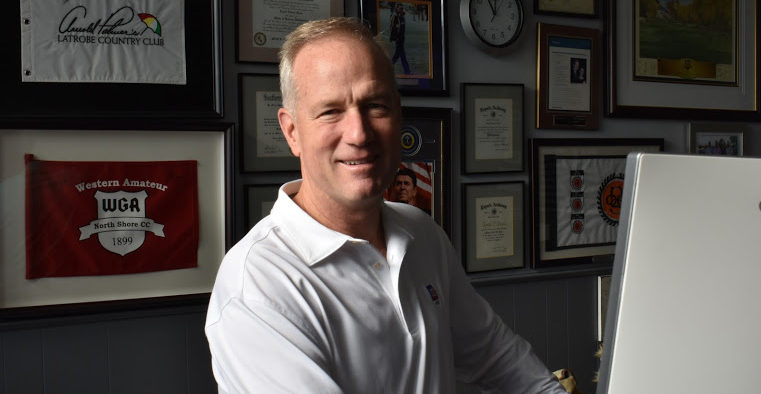 “Adaptable,” “versatile,” “profitable,” “creative” — all words that describe manufacturers that survive and thrive from generation to generation.

And those are the words that describe Stanley Spring and Stamping Corporation, a Chicago-based manufacturer that Reb Banas’ grandfather Stanley, a Polish immigrant, started up as World War II closed down.

“My grandfather started in 1944 with a hand coiler in his garage while working for another spring company,” Reb Benas told News Bulletin. “He then rented a three-flat with a manual elevator near where the Chicago Stadium now stands, before moving to this location on West Foster.”

Banas’ father Ron and his uncle Stan took over the business in 1954.

Today, as a third-generation member of the Banas Family, Reb says he is proud Stanley Spring and Stamping is one of the largest family-owned producers of custom springs, stampings, wire forms and fasteners in the world, serving many different industries.

The business has thrived during some of manufacturing history’s most rapidly developing and dramatically-changing time periods. Starting with producing springs, Stanley Spring and Stamping added and changed its services to meet the industry’s demands.

“As business turned, so did our customers,” Reb Banas said. “At one time we were making wires for Zenith, RCA and Magnavox TVs, as well as washers and dryers. Then along came plasma and flat screens and that work went offshore, as did the customers. We had to adapt to the demands – as every manufacturer does.”

Stanley Spring and Stamping boasts a large, diverse customer base – from electronics to consumer appliances to outdoor power equipment and seatbacks for chairs.

“There are springs in your glove compartments, visors, trunk releases, gas cap releases,” Banas said. “There are springs on sidewalk-edging blades, in electronics behind electrical outlets, cell phone plugs – it’s hard for most people to appreciate where springs are.”

“When we find good workers, they stay,” he said. “In the last year, we had three employees celebrate 50 years at Stanley Spring. Our average length of employment is 26 years. Their experience is valuable and crucial to the company’s success.”

Stanley Spring’s team experience permits the company to offer important recommendations on print tolerances, materials and secondary operations – something every producer wants to keep costs low and production efficient. Reb says the future is bright for manufacturing as a whole, but some dark clouds on the economic horizon concern him.

“I’m optimistic on the industry and our business, but I’m very pessimistic on the state government. It worries me more than anything. The state’s finances are in such disrepair,” he said, echoing concerns other Illinois manufacturers have voiced in recent months.

Banas said being located in Illinois and also in Cook County and Chicago places three strikes against his company’s outlook. On one hand, his Chicago location has historically hosted a regional network of premiere wire and metal producers.

On the other hand, government demands on business owners by the state, county and city has caused Banas to reconsider and investigate the cost of moving to Wisconsin.

He found that not only would such a move upend the company’s access to its 95 skilled employees, moving 500 pieces machinery and setting up a new facility would cost the company at least 40 days of crucial production.

“For us, moving just doesn’t work,” Banas said. However, Stanley Spring expanded recently by setting up a facility in Fort Lauderdale, Florida that focuses on customized projects.

When not overseeing the two Stanley Spring facilities, Reb is busy with his family. Two of his four children are currently in college and the youngest is in junior high school. He stays busy coaching baseball teams, golfing and swimming – a sport in which he competed while studying at Southern Methodist University.

Evidence once again of Stanley Spring and Stamping’s cultural “adaptability,” “versatility,” “profitability,” “creativity” – and why companies like theirs will be around for generations to come.

Stanley Spring and Stamping is located at 5050 West Foster in Chicago or on the web at www.stanleyspring.com .