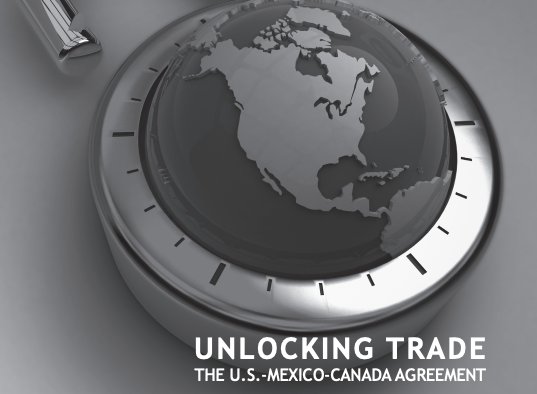 The United States has Free Trade Agreements (FTAs) with 20 countries, ranging from enormous trading partners like Canada to tiny trading partners like Oman. For much of the year, it looked as if that number – twenty – might drop by one, or even by two, but just as the third quarter came to a close, the United States, Mexico and Canada announced an agreement to replace the existing NAFTA with a new “USMCA,” without splitting it up as was previously hinted. If approved by all three governments, the USMCA may go into effect in early-to-mid-year 2019.

FTAs are odd things, surrounded by as many misunderstandings as the benefits they provide. The lion’s share of the documentation – hundreds and hundreds of pages in many of them – govern the Rules of Origin used in determining whether each product qualifies or not.

This is the primary issue: most people assume that an FTA means that everything shipped between member countries is duty-free and tax-free. Wrong. In fact, they generally only provide relief from MFN duty rates, and don’t change other taxes at all; this hurts countries like the USA, which imposes few other taxes on imports, contrasting with Mexico’s additional import VAT and Canada’s additional import GST.

In addition – and of critical importance – FTAs don’t apply to everything shipped… only to goods made in the area, that provably pass the complex Rules of Origin in the document.

This requires any importer or exporter who wants to use the FTA to implement a robust Trade Preferences program, collecting necessary data from vendors, and training staff on how to “test” each individual product to see if it qualifies or not. Getting it right can lower a product’s bottom-line cost by two or three, or five, or ten percent or even more. But getting it wrong – claiming FTA duty-free status on a product that doesn’t deserve it – looks like tax fraud to the regulators.

In recent years, many countries have engaged in regulatory crackdowns, auditing companies to see if they can prove that the products rise to the required threshold, by having a sufficient percentage of domestic material content and labor to deserve it.

That is because this is the true purpose of FTAs: to retard the loss of domestic manufacturing to distant developing nations by rewarding our manufacturers for doing more of the labor – and more of the sourcing – domestically.

Even if you genuinely make a product here, the more of the materials you import from China, the less likely it is that your finished product will qualify for FTA benefits. It was true with NAFTA, and it will be even truer with USMCA.

This is the first obligation of manufacturers adjusting to the new change: ensuring that they have an auditable analysis process to prove FTA claims.

Beyond this, FTAs can address other trade concerns as well, and here the new USMCA really shines. It sets minimum average wages for many automotive products, levels the playing field for intellectual property right protection under the law and opens up markets for American industries that had been blocked in Mexico and Canada, such as certain dairy and financial services sectors. Some such efforts, however well intentioned, are limited in value; the best protection for patents and trade secrets, for example, is still to keep them at home, not to export technology with a blind faith in foreign law enforcement.

In this global economy, the key challenge is as it has been for centuries: how to increase international trade and global economic growth, without the developed countries losing their manufacturing to the developing ones. The USA spent half a century or more driving away its industries; this current effort aims to help bring some of that industry back.

If the USMCA is a template for more agreements to come – hopefully with Japan, Taiwan, Great Britain, and the European Union – then it does bode well for American manufacturing. The more such agreements there are, the greater the encouragement for American finished goods manufacturers to source their materials from USA providers.

This FTA process therefore doesn’t only encourage finished goods manufacturing here, it also supports a return of injection molders and foundries, screw machine parts and intermediate components, so many of which have been lost to China, India, and elsewhere in recent years.

But it does come at a cost: businesses can’t just focus on making a great product at a great price anymore. Participation in FTAs requires internal education on trade compliance matters, so that buyers and engineers can fully appreciate the value of sourcing parts and labor from qualifying domestic manufacturers.

Of course, at this point, we don’t know for certain that the USMCA will be ratified, though the odds are good. And there are philosophical questions about the inclusion of such things as environmental rules, wage rates, and labor rules in such a treaty. As long as we have them in the USA, there is a practical advantage to leveling the playing field across the world.

And that’s what the USMCA is attempting: to level a playing field that tilted against the USA for far too long.