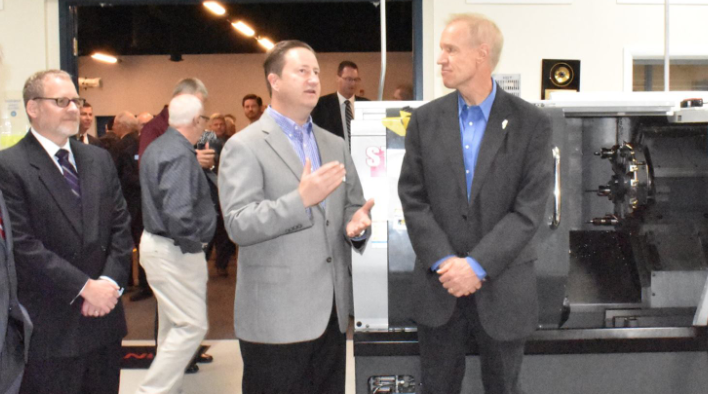 Patrick Osborne emigrated from Ireland when he was 18 years old. He did so for one reason: the “plethora of opportunity” in America.

Trained at an Irish state school to be a tool and die maker, his first job in America was at a mold-making company. Today, as TMA’s Vice President of Training & Education, Patrick says he’s training tomorrow’s “surgeons of steel.”

NB: What did you do before coming to TMA’s Education Department in 2011?

Osborne: I was the director of education for the American Supply Association.

In 1987, I came over from Ireland as a tool and die apprentice, got a job with a TMA member and ended up going into TMA apprenticeship training. I did that for a year before I left the trade and went back to college. I got a degree in English literature and a master’s in teaching. I worked in teaching, education publishing and association development. Then I saw the job posting for TMA.

Twenty years later, I thought manufacturing had mostly moved offshore. I was surprised that the job at TMA was open, and thought I had a really good skill set with the apprentice training. The rest is history …

NB: How are you using all that experience in your work here at TMA?

NB: Last year was the first year TMA had training graduates for several years. What was going on before last year?

Osborne: A decade ago or so, TMA had graduating classes of close to 400. With the inclusion of spouses, family, speakers and guests, TMA rented out the Donald Stephens Convention Center in Rosemont for the graduation ceremony. Then training dwindled, dwindled, dwindled, and when I came on board in 2011, it had stopped altogether – falling from 400-ish down to zero. Now we’re back up to 150 students.

Osborne: Offshoring of tooling is one thing. It went over to China and down to Mexico – that was a part of it. A lot of people in the manufacturing workforce became truck drivers as companies laid off and downsized. Automation was a huge component, too, so if you could bring in a robot, it would replace three, four men, and at the same time, technology increased. So manufacturing got leaner, meaner and smarter.

The last graduating class before last year was 2009. It takes three years to complete a course, and when I came on in 2011, I started a class that graduated last year. This year’s class will be our second graduating class since TMA training started up again. 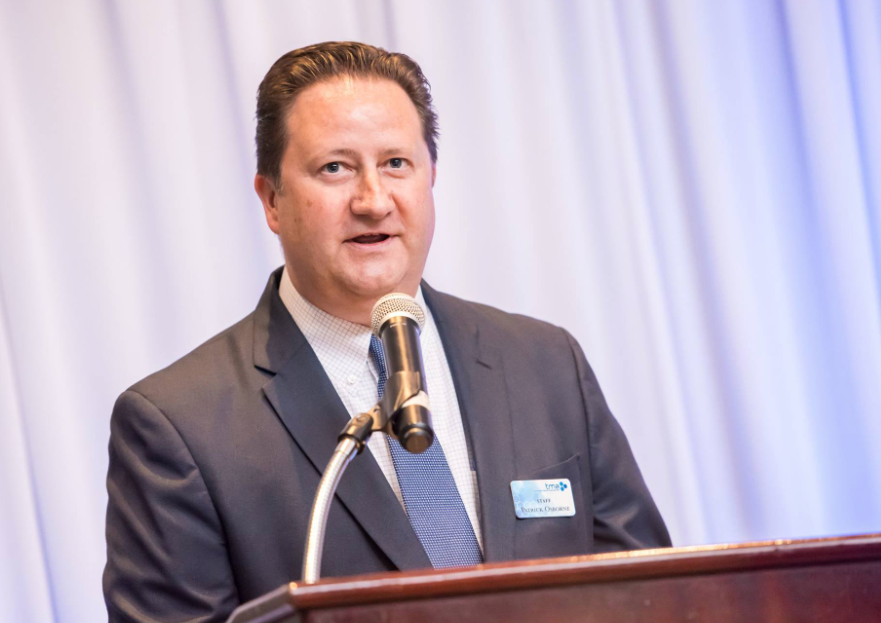 NB: What are some of the talking points you use to attract new machinist students?

Osborne: People interested in learning manufacturing skills often enter the workforce with no debt, and their employers often pay for their training.

Case studies done a number of years ago compared those coming out of high school and going to college with those at tool and die training. After three years, a typical college student was in the red – underwater – because of student loans, and the tool and die student was earning while he was learning … and was in the green.

They’re “surgeons of steel” – a term I’ve heard students use about themselves. The thought of grinding something to within a tenth-of-a-thousand accuracy is like surgery. They really are surgeons of steel.

NB: Do employers pay for their workers’ TMA training?

Osborne: I don’t have the metrics on that, but I’d say 90 to 100 percent of the employers pay their student-employees to come to class at TMA. The employers pay them to work during the day, and for their schooling at night. Also their books – and some of them pay the student to come to class at night. So the students are getting paid 40 to 50 hours (there’s a lot of overtime out there) during the day, and then they’re paying employees to come to TMA training.

NB: The first year of TMA training is mostly theory, but you’re trying to work in more hands-on training?

Osborne: It’s a three-year program. First year is math, blueprint reading and machine tool technology. It is still mostly theory, but I did buy some manual equipment last year so students are getting access to machines.

NB: What about the second year?

Osborne: The second year is mostly theory, and it’s a whole year of machine tool technology. My goal is to have students access machines, especially CNC machines. Once we’re set up here (at TMA), we’ll definitely roll that out. The last TMA training year is a specialty year, when students choose whether to become tool and die makers, mold makers or CNC programmers. The CNC programmers are mostly on the machines, tool and die and mold are still more theory. I’m trying to put more tools into instructors’ hands to do a little more hands on.

NB: How is the TMA training for tool making different from mechanical engineering?

Osborne: Engineering is a different science. You can have an engineer design a tool and a mold, but the guys that actually get those prints and machine it, and make it, and build it – there’s a difference, and it’s a very different, unique skill set.

I go back to “surgeons of steel,” because it’s not about just getting the components and putting them together, they have to fit precisely, and getting them to fit is a science in itself.

You can feed stock steel into a form, and it depends on how it bends as to how it will work. Engineers have to visualize how it will work – CAM programs will help them do that – but it’s the toolmaker at the end that has to build it – his input is valuable.

NB: What do you hope to see develop in TMA Training next year?

Osborne: We are going to have an advanced CNC Training next year – definitely more high level CNC training that would entail 3-D Milling, Y-Axis lathe training, and the goal is to ultimately get up to 5-Axis training that will meet the needs of current members and attract new members to TMA.

For Osborne, nothing could be more important than passing onto the next generation of American workers the same “plethora of opportunity” that enticed him as a young Irish immigrant to cross the Atlantic Ocean years ago.