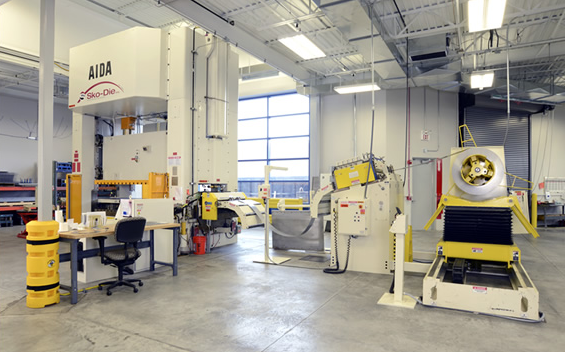 Longtime TMA member Sko-Die was featured this week in NAM’s Shopfloor and in a local news source, Illinois Review.

MORTON GROVE – While one party is insisting that Congress’ tax cuts isn’t benefiting the middle class, Morton Grove manufacturer Sko-Die says the exact opposite. Shopfloor, a news source for the National Association of Manufacturers, spoke with Patrick Steininger, President of the 71-year-old company, who said his team will benefit most from the tax cut.

“The first thing I did when I found out what my tax savings would be? I took that money and gave a raise to all the employees,” said Sko-Die’s president, Patrick Steininger. “It came to about 3 percent per employee, on average.”

In addition to their pay raises, Sko-Die’s 70 employees will also see their workspace updated and expanded. Steininger plans to use the company’s tax savings to make sure Sko-Die employees have access to the latest and most efficient technology available.

“The instant they passed tax reform, I bought two new pieces of equipment—a big grinder that will grind dies more efficiently and a new press that will run twice as fast,” Steininger said. “That makes us more productive, more competitive and more profitable.”

The total price for Steininger’s technology investment? “About $1 million.”

Would this have happened without the federal tax cut?

“Without tax reform, we wouldn’t have made these investments,” Steininger said. “Absolutely not.”

Does USMCA do anything to protect US manufacturing jobs?
TMA Media Jan 29

Does USMCA do anything to protect US manufacturing jobs?