WOOD DALE – Brothers Aaron and Ryan Wiegel and their sister Erica make up the third generation of a manufacturing family that has owned and operated Wiegel Tool Works in Wood Dale, Illinois for 75 years.

Wiegel Tool Works is a precision stamper that specializes in electrical automotive tight tolerance terminals, complex lead-frames and busbars. Aaron and Ryan focus on Wiegel Tool Works, while their sister Erica presides as sole owner over her 2015 acquisition, Aro Metal Stamping in Roselle. 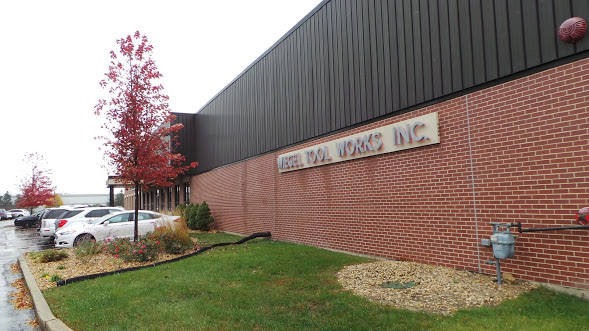 Aaron, the oldest, graduated from Northern Illinois University with a degree in manufacturing engineering in 2000, and immediately thereafter started working fulltime in the family business.  Like most raised in a family business, Aaron and his siblings spent considerable time where their dad worked.

“We liked to spend time there – but as we grew older, Dad taught us the value of work,” Aaron said. “Once I asked him for $20 to go out with some friends. He handed it over, and then said next time I needed $20, I would have to earn it.”

The Wiegels helped at the shop early on packing parts, and as Aaron progressed through high school and college, he began running presses and working in the tool room during summers and school breaks.  Aaron says the experience of being involved at the business young was invaluable training for his future.

“It certainly set the road for where I am personally,” Aaron said.

Ryan, the youngest of the three, was interested in sales and marketing rather than machines and engineering like his brother.

“I was mentored by our neighbor that sold CNC machines,” Ryan said. “At the time we lived in Elk Grove, where a lot of machine shop owners lived. During my junior and senior years in high school, he taught me how to sell machines.”

Ryan attended Western Illinois University where he studied business communications and marketing before he joined the family business in 2003.

In between time, their sister Erica graduated with a mechanical engineering degree in 2002 from Western Illinois University and joined the business immediately.

Wiegel Tool Works, as with all other privately-owned businesses and the families that started them, has a unique history.

Aaron, Ryan and Erica’s grandfather Otto Wiegel brought his wife Kathe to America from Germany in the late 30s and settled in to work at a tool & die shop.  He soon determined that he would start out on his own.

On December 6th, 1941, Otto launched Wiegel Tool Works with no idea of the world changes that would begin the very next day – when the Japanese would bomb Pearl Harbor and start World War II.

It wasn’t easy being a German businessman in America when the nation was resisting Hitler’s aggression in Europe, but after an especially difficult start, Otto Wiegel turned a $20,000 profit his first year.  The business grew strictly as a tool & die shop throughout the 50s until the late 70s.

Otto and Kathe had one child – Martin – that studied industrial engineering at Purdue University, preparing to join the family business.  However, the U.S. military had different plans, and informed Martin he would be drafted to fight in the Vietnam War on the day of his graduation. So, Martin signed up to start officer school the day after he graduated.

“Dad loved the Navy, and I believe he would have become a commander or an admiral had he stayed in,” Aaron said.

But just as his father was preparing for his fourth deployment to Vietnam in 1968, Martin was called home when his father had suffered a stroke. As an only child, the Navy discharged him honorably to assist his mother in directing the family business.

Otto lived for five more years unable to manage the business, and Martin stepped in to continue the family business with the help of longtime employees.

Aaron points to his father’s response to the sudden turn of events with awe.

“Dad was an only child, and didn’t have the support the three of us have with each other,” Aaron said.

Martin’s assuming leadership at Wiegel Tool Works revealed agreements Otto Wiegel had made with two staff members in particular that a few years later set the business back on its heels. Unbeknownst to Martin, his father promised two employees company stocks and shares. When the two called in the agreement, Martin was forced into debt in order to keep the business going.

“Dad had to put liens on equipment to keep alive. He couldn’t buy equipment or expand for a long time because the company was strapped for cash,” Ryan said.

But the Wiegels and their company survived the ordeal and thrived for decades after that devastating setback, only to face another in 1993 when the founder’s wife died.

“When my grandmother passed away, she did not have a transition or succession plan in place,” Aaron said. “We were hit hard.  The inheritance tax set us back big time.”

The family and business were forced to pay a 55% inheritance tax – setting the business back on its heels once again with yet another hard lesson learned.

Despite all the setbacks, the third generation of Wiegels remains positive about the family and company’s future. Together, the Wiegels now employ 170 people and lead the industry with technological updates and expansion.

Much of their optimism and determination Aaron and Ryan attribute to their father’s example.

“The incredible decisions my dad took at the point of my grandmother’s death to spearhead the company to the point it is today, he put the company and his family ahead of his personal greed,” Aaron said. “He went through all these different, unexpected financial constraints, and he decided he was not going to take the money.”

Instead, the second generation of Wiegels chose to assume the mantle from the first generation and hand it off directly to the third – placing the company and its assets into a trust fund for Aaron, Erica and Ryan.

And there with Aaron, Erica and Ryan , the future of the Wiegel family and their business rests … at least for a while.