US hasn’t had extended unemployment rates this low since 60s 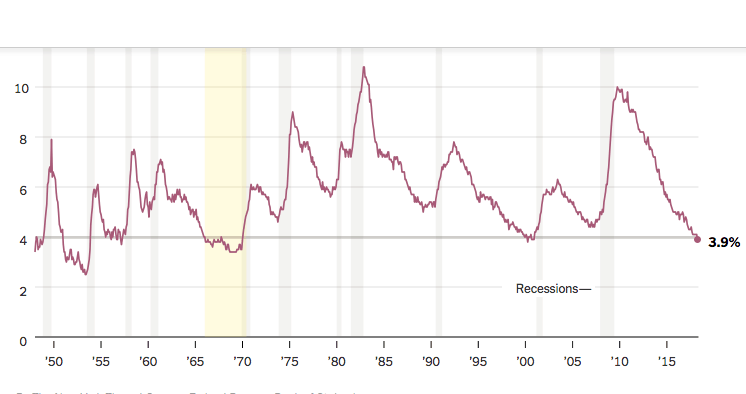 The nation’s workforce hasn’t been this fully employed for an extended length of time since the 1960s, a New York Times story reports Wednesday:

■ The unemployment rate was 3.9 percent, the lowest rate since 2000 and a sign that the job market has become even more competitive. It had been 4.1 percent since October.

■ 164,000 jobs were added last month. Wall Street economists had expected an increase of about 193,000, according to Bloomberg.

■ The Labor Department revised the job figures for February slightly downward, but revised the numbers for March sharply upward. The result was a net increase of 30,000 jobs, compared with previous estimates.

■ Average earnings rose by 4 cents an hour last month and are up 2.6 percent over the past year.

Economists expect that low unemployment will lead to increasingly big pay bumps for workers as employers fight over a dwindling number of candidates. But this recovery has so far bucked that conventional wisdom.