FRANKLIN PARK – Next time you run to the mall to pick up a new shirt or a birthday toy for the kids, take a quick glance at the shelving and displays that attract you as a shopper. Those shelves, that display, that unique presentation that caught your eye just may be courtesy of Sureway Tool in Franklin Park, Illinois.

Sureway Tool does metal work from metal pressing to assembly for “point of purchase” retail display companies in their 82,000 square foot building.

Tim Berger has the job of overseeing Sureway’s operations.

“We’re a custom metal fabricator for the display industry, but we’re continuing to pursue manufacturing to draw in other clients for more steady work,” Tim Berger said.

Sureway just bought a new 64,000 foot display and assembly fulfillment center in nearby Melrose Park. When Berger started with Sureway three years ago, the company was at $12 million annually. Last year they reached $24 million, and their goal for 2015 is $30 million.

Berger says there’s a boom in metal manufacturing in the Chicago area.

“I hope other companies are telling you the same thing, but we’re seeing a revivalism here in manufacturing,” Berger said.

While there was a time when most of the metalworking was sent overseas, recently it began returning to America. Clients say Chinese manufacturing isn’t as cheap as it once was as their labor costs have gone up and transportation costs soared. That’s in addition to the extra amount of lead time overseas work demands.

“Automation here has cut our work costs, and we can provide the speed they need to get their products,” Berger said. “Speed, quality and overall cost have brought work back home from overseas for us.”

Berger, 44, has been in the display industry for 17 years, and has worked as Sureway’s Director of Operations for three years. He went into the industry after obtaining his mechanical engineering degree form the University of Wisconsin in Madison.  He’s married with three children, the oldest in college. 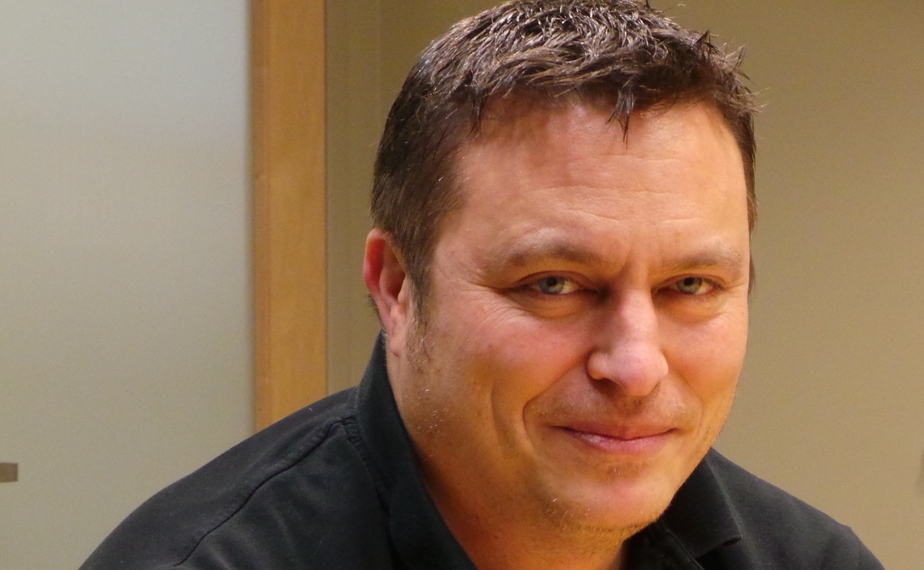 Sureway Tool began as a tool and die shop in 1962. The current owner, M. Richard Tetrault bought the company in 1996. After acquiring, he focused the company on producing custom metal products and hard-tooled parts. That led to specializing in retail display manufacturing.

There are two main challenges Berger deals with in his job at Sureway Tool: space and personnel search. Their new building in Melrose Park has helped with providing room needed for projects the company takes on.

“Space is an issue. We can help when we need to by adding a third shift, running six days a week,” Berger said. “We’ve had a second shift for 10 years, including Saturday.”

But the new Melrose Park facility will help when big projects have short deadlines, Berger said. The company has space now to bring in 100 to 150 temporaries, if needed, for hot jobs.

The second challenge is one many other manufacturers in the Chicago area share: finding qualified workers.

Berger said, “We pay a decent salary, we pride ourselves on that. It’s a clean place. We invest in technology and safety. But it’s still a challenge to get good people.”

Sureway has a staff of five engineers, a programmer, project manager and coordinators and one estimator, besides their eight quality department members and two permanently staffed toolmakers.

However, much of the work at Sureway is not skilled and they’re willing to train, Berger said. The company is searching for applicants with at least a high school education, the ability to measure and read some blueprints, as well as read and speak English.

Berger pointed out new technological advances the company has added.

Among their laser cutting machines, Sureway’s new Trumpf TruLaser 5030 Fiber with BrightLine Fiber can cut up to 1.25 inch steel, up to .75 inch aluminum or .375 inch brass and copper sheeting. The machine was recently featured in the Metal Forming Magazine.

Among others, Sureway has nine punch presses and coil lines with progressive dies to help eliminate costs of secondary forming operations. They house 17 press brakes, 3 electric press brakes and a fastener insertion system. They also have two Pullmax Turrets that can just metal sheets up to 60”x 120”. Their largest Pullman turret was featured in The Fabricator magazine.

“We making monster snow plows for municipalities, including some used in Alaska,” Berger said. “We’re getting more into the OEM products. Our president acquired a snow plow company a year and a half ago, and we’re told this business could double over the next few years.” 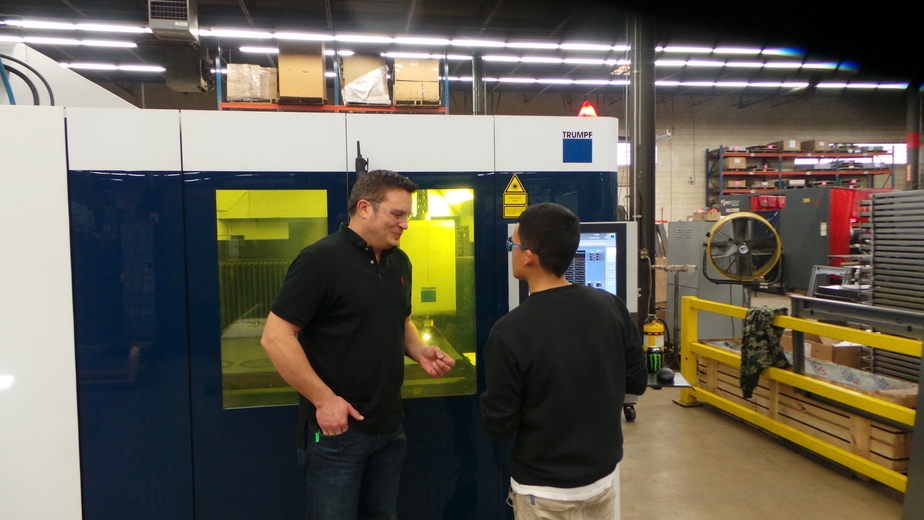 As the company acquires advanced machinery, they provide training for employees to run the machines, upgrading their skills and certifications.

“We value our team and want to keep the work environment productive and profitable,” Berger said. “I enjoy working here and hope to be around for while.”

Sureway Tool and Engineering is located at 2959 Hart Drive in Franklin Park. Their new fulfillment facility is at 1950 N. Mannheim Road in Melrose Park. They’re on the web at www.surewaytool.com .

By Fran Eaton. First published by TMA in April 2015.