Out of the classroom and into their future: Ridgewood High School & TMA

Every manufacturer says one of their top concerns in a reviving manufacturing era is, “Where will our next generation of engineers and machinists come from? How can we find those interested in learning the technology and skills that will keep our plants productive in the future?”

At the same time, a growing number of high school principals and district superintendents ask, “Where will jobs in the second half of the 21st century be?” and “Into which career pathways should we guide our high school students for bright and productive futures?”

The standard assumption for concerned educators has been to prepare their students for careers in computers, technology, white collar professions that require expensive educations. But that’s not the pat answer anymore. There’s currently a abundance of college-educated workforce that are finding it more and more difficult to land jobs that match their education, debt and interests.

It’s become a real problem for educators – but one that can be remedied with just a little adjustment to education emphasis.

Manufacturers as a rule offer good-paying jobs with near-limitless ceilings for learning and advancement. They provide excellent benefits such as health care insurance and 401k retirement plans, often along with advanced education and skills training.

High levels of precision engineering and products demanded by medical, automotive and aerospace industries have changed manufacturing facilities dramatically to now being well-lit and cleaner than shop floors of years past.

With all that in mind, educators like those at Ridgewood High School in Norridge, Illinois, reached out to TMA to brainstorm how they could work together to add manufacturing to the district’s career pathway options.

Ridgewood High is located midst a tight-knit community – so tight, in fact, that the school itself has no room to expand. They are land-locked, and like most school districts, tight on funding. To establish a pathway for learning CNC machining at the facility would demand more room, at least $250,000 in machinery, equipment and tooling, and at least one full-time instructor.

Still, area manufacturers advised the district about the openings at their plants within the community. There were job openings ready and waiting for their students. So what would be the answer? 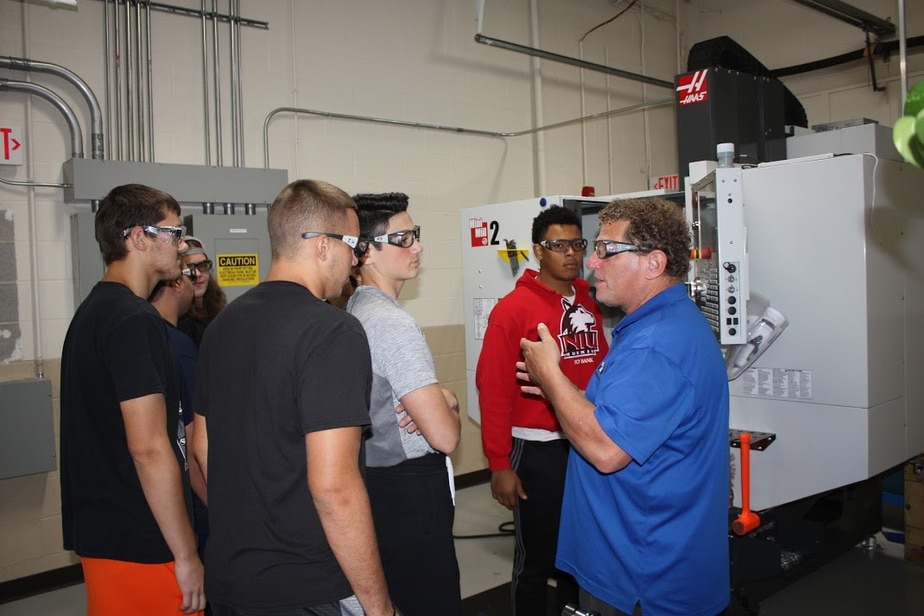 “We had the resources and they had the interest,” Patrick Osborne, TMA’s Vice President of Training & Education, told TMA News Bulletin.

After substantial collaboration, on the first Tuesday of September, eight high school seniors pulled up to TMA’s Schaumburg headquarters in a white bus labeled “Ridgewood High School” to launch a new experiment for the school, TMA and the students themselves.

At the end of 20 weeks of spending three hours at TMA every Tuesday and Thursday, the seniors will have acquired NIMS credentials in CNC machining and a “golden” TMA certificate – “golden” because presenting a TMA certificate to a potential employer more often than not is met with a job offer, Osborne said.

Under the guidance of TMA instructors Jack Krikorian and Paul Newman, the Ridgewood students will review math, print reading, tool metrology, and precision measurement reading in their pre-manufacturing course. Then they will begin learning CNC machining.

TMA’s goal for each of the students that make it through TMA’s premiere high school program is for them to launch careers with a TMA member company, and then, as they’re ready, return for TMA’s three-year apprenticeship program.

“These students would begin at an advanced level as compared to other TMA students,” Osborne said. If the program works, TMA could host up to five similar programs at their Schaumburg facility each school year. “I’m hopeful and excited about the possibilities of this program,” he said. 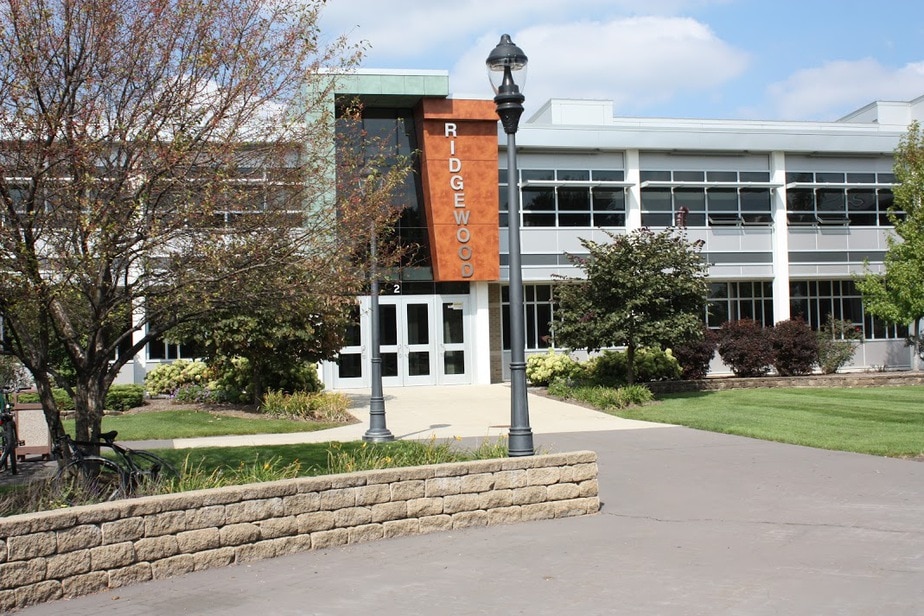 But what do District 234 school officials think about the program? Is it worth their resources and effort to get those seniors on the bus and get them over to TMA twice a week?

“Our goal is for every student to have their own individual path of where they want to go, and how they want to get there,” she said. “And that it isn’t about sitting in a seat for so many minutes, having a bell ring, then moving to the next destination.

Rather, Kelsall said, education should be about meaningful learning that a person can apply immediately, and through which one can obtain a meaningful position in order to live independently.

“And then begin giving back to the community…” she said.

Kelsall’s associate Jennifer Snyder was the one that introduced the concept to Ridgewood students to consider for their senior year.

“I cast a wide net at first by emailing kids that were going to be seniors the next year,” Snyder said. “I then pushed out
information about manufacturing – that it wasn’t like most people perceive the work. Instead, much of it now is highly skilled, precision work.”

One by one, students began showing interest. TMA’s Patrick Osborne visited Ridgewood High and brought along some of the items students made at TMA. Then Snyder brought a group to visit TMA. The students were impressed and interested.

“I have to say TMA’s ‘Wall of Fame’ board room with leather chairs made a big impression. To know all those people whose portraits are on the wall had a relationship with TMA was inspiring,” Snyder said. “The students said they felt like they could do it, and fit in at TMA.”

Snyder said the first group of students sent to TMA has been a trial and that school officials are aware they’re putting a lot on the first set of students.

“We’ve told them they’re setting the way for the next group of kids, and they’re doing that. We know we’re asking a lot. We’re asking them to go into industry level training, asking them to act like adults,” she said. “And so far, they’re rising
to the challenge.” 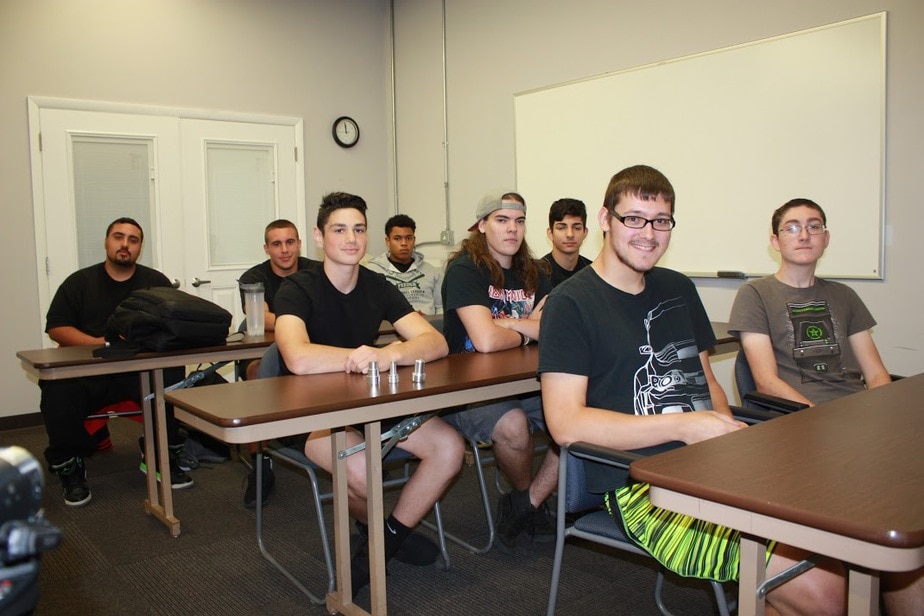 What do the Ridgewood students think about the training at TMA and the value of what they’re learning?

Every one of the students told TMA Bulletin that they’re learning more than they would have sitting in typical general education courses at high school. Some said they wish the course started a year earlier.

Each one said the program has changed their perception of manufacturing and future careers that could be available to them.

In other words, they’re excited and very happy to be in this ground-breaking experiment.

And as a matter of fact, these Ridgewood seniors could very well be just a part of the answer to the questions manufacturers are asking about future workforces.

TMA Video: Moldmaker, Machinist, Metrologist: Could these be careers for you?
TMA Media Nov 12

TMA Video: Moldmaker, Machinist, Metrologist: Could these be careers for you?