DES PLAINES – Tom Hacker started his manufacturing career in the 1970s on the shop floor of a metal fabrication company. In 1996, he joined C&L Supreme and twelve years later, he was elected the company’s president.

Hacker was at C&L Supreme’s helm not long before the 2008-2009 recession hit. Seven years later, Hacker says he’s fairly confident the worst is over, and that things are looking up for American manufacturing.

“I would agree the worst is over, but it doesn’t mean the other shoe might not drop for some geo-political reason,” Hacker said. “The world is far more unstable than it used to be, so I’m concerned that something beyond our control is going to occur that would smack us upside the head again. But all things being equal, I think the worse is behind us.”

Hacker’s hesitant optimism is shared among his colleagues in Chicago manufacturing.

“This downturn was unlike any other downturn we’ve experienced. The collapse wasn’t’ the same. The recovery hasn’t been the same. There is no normal we can identify with,” he said.

Hacker says he’s still seeing a lot of holding back in the marketplace.

“There’s a lot more hand sitting. Money and inventory levels are being closely watched. Those things haven’t returned to normal,” he said. 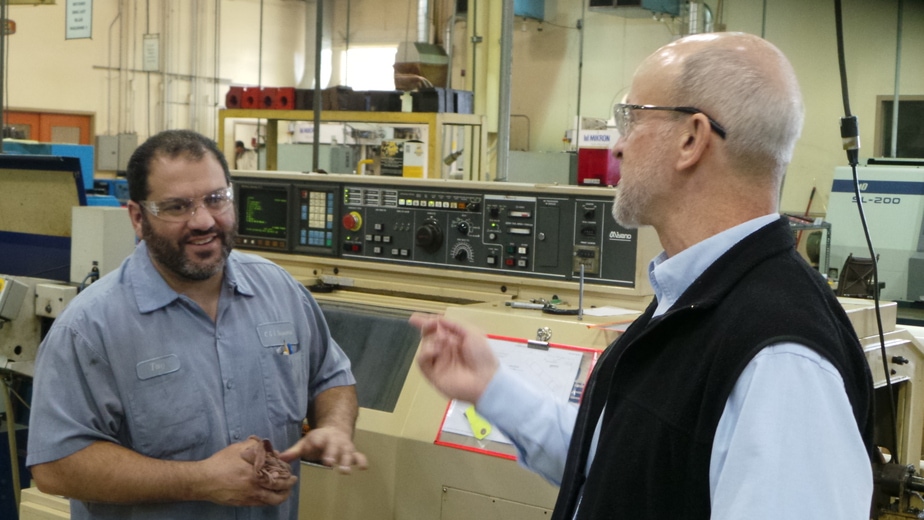 But C&L Supreme has been through a myriad of national economic highs and lows over its 50-plus year history.

C&L Supreme is a family-owned business founded by Chicagoan Louis Spizziri in 1957, as Supreme Manufacturing Company. His sons Philip and Peter joined the company in the early 1960s, and are still with the company.

In the 1960s, the business was primarily engaged in job shop machining and producing automotive aftermarket components.

In 1972, the company acquired C&L Screw and added screw machine components and gear blanks to its production activity. Shortly thereafter, the names Supreme Manufacturing and C&L Screw were combined and the company began operating as C&L Supreme. The company chose to aggressively develop CNC machining capabilities. In 1999, the Company moved its operations from Chicago to its current facility in Des Plaines, IL.

Tom, who was elected C&L Supreme’s president in 2008, says over the years the U.S. has become more competitive through productivity gains at home and cost escalation in other parts of the world.

“But logically, corporate America goes through waves,” he said. “I think they’re thinking now that sourcing products near where they’re using or assembling the product makes the most sense.”

Within its 20,000 square foot building, C&L Supreme has made everything from microphones such as used on Larry King Live to components that go into fighter jets, attack helicopters and commercial aircraft, Hacker said.

“You go to your ATM or your vending machine and some pickup rollers are picking up your dollar bill,” Hacker said. “We make parts for those machines.”

In addition, they also build components for the scanning industry. C&L manufactures parts that make things work that most people take for granted.

“But the thought of what it is, how it came to be and what it started from – a coil of material or a sheet of material, a bar or molten material poured into a casting or a forging is rarely considered. When most people visit us, they’re amazed at what comes through here,” he said.

Hacker says is very concerned about the future of manufacturing, so he not only guides C&L Supreme, he is active in the community. He currently serves on several manufacturing association boards and is chairman of the Manufacturing Education and Careers Committee for TMA.

“Trying to attract young people to a manufacturing career is a challenge,” he said.

“It’s actually easy to get young people hooked on manufacturing. It’s difficult to get their parents, their teachers, their counselors to recognize or understand that the industry is a viable alternative to university theoretical degree only,” Hacker said. “If you’ve got some aptitude, you can couple education with a skill background – that’s invaluable.”

“Most people used to think of it as dark and dirty, and you’re lucky if you went your whole career without losing finger or a toe or something like that,” Hacker said. “Our facility is climate-controlled, it’s air-conditioned in the summer, heated in the winter, brightly lit and meticulously clean. And it’s a fairly low stress environment.”

There’s definitely been a resurgence in teaching tool & die and CNC machining, Hacker said, as well as reactivating manufacturing technology classes. If the trend continues, Hacker is certain the demand for skilled workers will grow as will manufacturing education.

Currently, 36 are employed at C&L Supreme. Hacker calls his employees family, and one of them is in Hacker’s family.  His Marine veteran stepson has gone through TMA’s CNC apprenticeship training program.

“He’s found he has a knack for the work he’s doing here,” Hacker said. “He’s got a great future ahead of him.”

Hacker’s interest in the future expands beyond manufacturing education. He and his wife enjoy five children and six grandchildren. And on weekends, he and his wife lead worship singing at St. Alexander’s Youth Mass in Palos Heights. 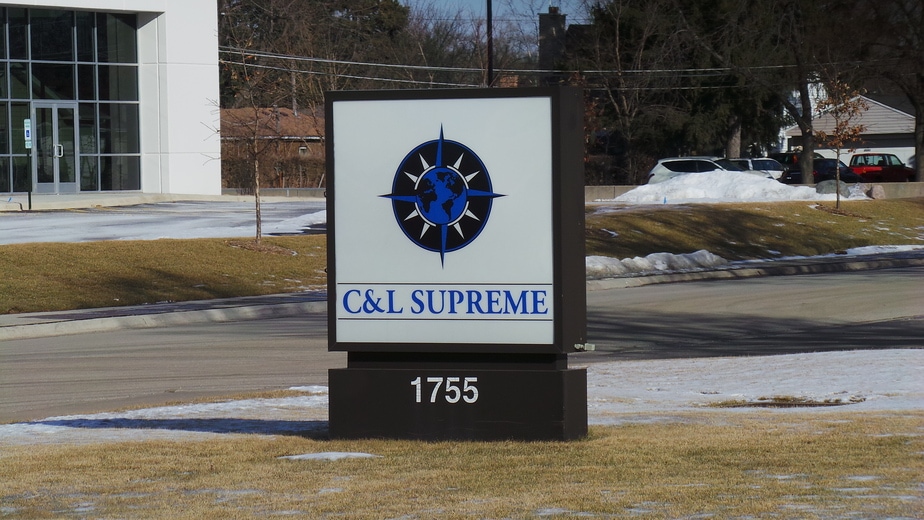 C&L Supreme is located at 1755 Birchwood Ave in Des Plaines, Illinois or on the web at www.clsupreme.com

From TMA’s “People You Should Know” series published in 2016.

Tags:
Previous Article
Top reasons why your company needs to develop an apprentice program
Next Article
Is College worth the cost of tuition? Mike Rowe opines

Is College worth the cost of tuition? Mike Rowe opines
TMA Media Apr 10