Illinois Manufacturers Excited About US Economic Future, Not So Much About State’s 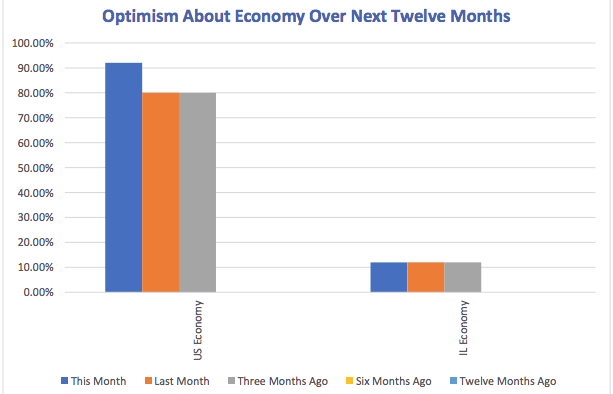 SCHAUMBURG – The Technology & Manufacturing Association’s ongoing membership survey showed in January that while a sampling of TMA’s 800+ members indicated they’re at a high level of optimism about the U.S. Economy, their hopes for the state of Illinois’ economic future are drastically different.

In January 2018, over 90% of those interviewed in TMA’s small and medium-sized manufacturing businesses said they’re optimistic about the U.S. economy, which reflects orders, demands and expectations nationwide.

But just a little more than 10% of those same people told TMA surveyors they’re optimistic about the state of Illinois’ economy.

Illinois remains the nation’s fifth largest manufacturing state in the union, despite the challenges manufacturers face.