Could Automation Be The Answer For Transportation, Too? 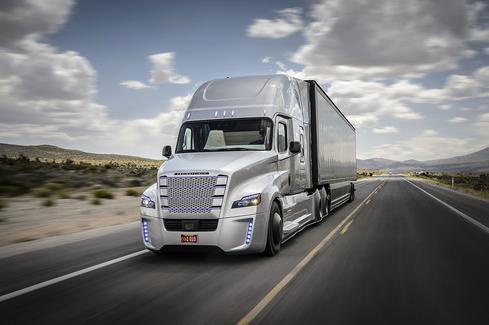 Manufacturers are searching for the next workforce generation to keep production meeting demand. But designing and manufacturing products is only part of the process. The next emerging obstacle could be transporting those products to the customer.

The trucking industry says that by the end of the year, they could be 50,000 drivers short of what they need.

ZDnet reports that as robotics has begun to provide answers alleviating monotonous assembly tasks, the next step for transporting may be automation.

Peterbilt and Freightliner are both developing self-driving technology for their tractor-trailers, as are a number of startups, such as Embark and Otto, which was purchased by Uber last year and is now part of the company’s Advanced Technology’s Group.

Freightliner received the first-ever license to test a semi-autonomous truck on the highway a few years ago, and just a few days ago a truck became the first autonomous vehicle cleared for regular use on an American highway–albeit at slow speeds.

But how far along is this dramatic transition and how likely is it to happen?

And someone is going to have to make them …