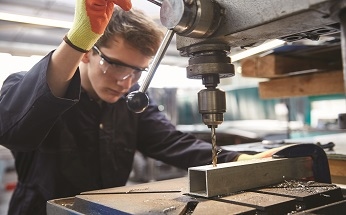 Something anyone in manufacturing knows – there are jobs and plenty of them for those that choose a path other than college alone. Skills are needed for the jobs that are available now – and will be even more so in the years ahead when Baby Boomers leave the work force.

Now California is spending $6 million on a campaign to revive the reputation of vocational education, and $200 million to improve the delivery of it.

The United States has 30 million jobs that pay an average of $55,000 per year and don’t require a bachelor’s degree, according to the Georgetown center. People with career and technical educations are actually slightly more likely to be employed than their counterparts with academic credentials, the U.S. Department of Education reports, and significantly more likely to be working in their fields of study.

Previous Article
It All Started With Legos: A TMA Member Profile
Next Article
U.S. Manufacturing PMI Now Highest Since April 2011