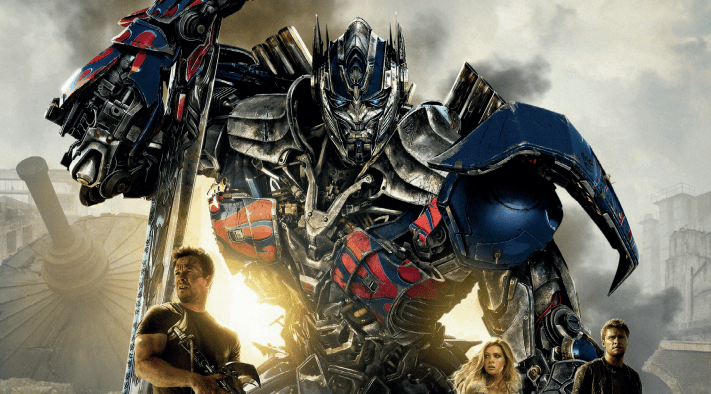 In the “Age of Extinction,” the fourth in the popular Transformer movie series, one of Optimus Prime’s two swords is destroyed by Decepticon Galvatron’s chest grinder.

Optimus then acquires a knightly longsword as his weapon of choice – one among six other swords featured in the 2014 hit.

So, you may be wondering, what does that have to do with a profile of a Technology & Manufacturing Association member?

One of those Transformer swords originated at Elk Grove Village’s Chicago Waterjet, Inc.

“We got a call from a person associated with the film’s production, needing us to cut a sword they would use computer-generated imagery (CGI) with,” Justin Kurlowski, Chicago Waterjet’s shop foreman, told TMA during a recent visit.

The Transformer sword was just one of the interesting projects the 26-year-old Justin has worked on over the past three and a half years he’s been at Chicago Waterjet.

The company is also called on now and then by the TV series “Chicago PD” to use their water jets to cut a part for the filming rig. They also cut structural parts for the New Year Eve’s star dropped at Chicago’s downtown celebration.

Justin and his colleagues at Chicago Waterjet have had a part in making prototypes and original parts for several interesting projects, including one that’s now in outer space. Justin says his work is rewarding.

“I like knowing about the parts we’re cutting – how they’re being made and where they’re going to be used,” he said. “It’s one of the best parts of machine shop work.”

Justin started at Chicago Waterjet sweeping floors part-time in 2012. He’d left an assembly job at a plastics factory, and was looking for a career where he could learn more and advance when he heard about the opening at Chicago Waterjet.

Soon after he started sweeping floors, one of the shop guys quit, and Justin was asked if he’d like to operate a machine. He jumped at the chance, and encourages others to always be ready to learn new skills.

“If you’re willing to learn, you can go up the ranks fast,” Justin said. “But if you stay complacent or comfortable with what you’re doing, then you’re never really going to move up. You’ve got to be willing to learn.”

As shop foreman, Kurlowski now programs and operates the waterjet cutters along with making sure customers get the attention and assistance they need. In their small shop, he’s also becoming familiar with the company’s business.

“I like being involved in making the parts, but I am interested in both sides,” he said. “I also like quoting jobs and making sure customers are taken care of, and that we respond to them quickly.”

Waterjets can be used to make any type of 2-D custom part, and can cut project sizes up to 80 by 160 inches. Waterjets can cut a broader range of materials than laser jets, including copper, plastic, ceramic and glass, up to 6 inches thick.

“We do small, one-time jobs, as well as larger orders – depending on what the customer needs,” he said.

Justin likes the work he does so much that he sees himself in ten years possibly owning his own business. He says he has never been interested in sitting at a desk, staring into a computer day after day.

Manufacturing and technology is a field more high schoolers should consider, he said. Machinists will always be in demand, and even as production robotics develop, there will be a need for designers and programmers to feed them directions.

And that’s a shame, because working in a machine shop could launch a great career, Justin said.

“I feel like a majority of younger people see jobs like this as a dead end, but it’s good to start with a job like this,” he said. “You could move from starting jobs and go to school to learn more. It’s a shame most kids think an office job is the place to be.”

While Justin does spend some of his time behind a desk in an office shared with Operations Manager Dave Mrakitsch, he was clearly much more comfortable on the shop floor, displaying some of the projects he’s currently working on.

Students need to ask themselves important questions to determine the best path after high school, he said.

The choices are plenty – especially in manufacturing – if there’s a will to work and learn.

“There are lots of opportunities,” Kurlowski said. “If you’re going to get into a machine shop, don’t go in there saying ‘This is my job, I’m going to come in here and do this every day.’ Always try to be learning at the job, ask questions … that’s how you learn and move up the ranks.”

And before you know it, you, too, could be involved in something as exciting as the movie industry, making Transformer swords.

Chicago Waterjet is located at 2452 American Lane in Elk Grove Village, Illinois and on the web at ChicagoWaterjet.com.

Previous Article
Busting Myths And Breaking Through: Colin Cosgrove Of Laystrom Manufacturing
Next Article
Harvey Has ‘Paralyzed’ A Critical Part Of US Manufacturing Supply Chain