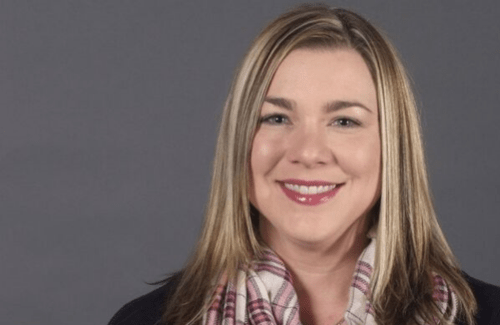 DOWNERS GROVE – Manufacturers are a “bunch of MacGyvers” to Stacey Bales, president of Bales Metal Surface Solutions.  Manufacturers make up a unique group of creative, ingenious and determined folks with whom she loves working and being associated.

“Not only is it great to have people to work with every day like that, but it’s nice to have a network of friends that are business owners and working with family,” she said.

Every year for the past five, Bales work of polishing and finishing has grown 20 percent – altogether, an amazing 100 percent.  Their trademarked specialties of Nibore, Nicklon and Diamond EN coatings are among several others available for metal components.

But 2009 was a difficult year for most manufacturers – that’s no secret. For Bales, 2009 will be remembered as one of its most wrenching.

That was the year Stacey’s father, who launched Bales with his brother in 1978, died unexpectedly at age 53 while visiting Bales USA’s Harlingen Texas facility.

“My dad just didn’t show up at work one day,” Stacey said. His death was devastating to her and her sister, but they were allowed no time to grieve and process. Within days, the bankers were sounding an alarm.

“They called a meeting and demanded to know how we were going to liquidate,” she said. The bank, like so many others at the time, was on a mission to pull in any possible outstanding cash.

Immediately, the Bales sisters sought counsel and advice from their manufacturing friends and trusted associates, that Stacey says were invaluable to the company’s successful transition to new leadership.

Soon after the transition, Kutchins, Robbins and Diamond Ltd – a group of Schaumburg-based financial advisors she found through the TMA network – brought more insight while paving the company’s future.

“We switched advisors, switched banks and,” she sighed, “It was a nice feeling to be able to prove them all wrong. It’s taken six long years.”

Stacey was very familiar with Bales’ work, their customers and finances. Longtime company salesman Harry Raimondi, who she calls “Uncle Harry,” took calls and reassured nervous customers that everything was going to be fine throughout the transition. Cousin Jon Bailey, who had managed the shop floor for years, kept the work flowing.

With their indispensable help, Stacey, who had started working at Bales when she was 15, had been office manager since she was 23, took the big step into presiding over Bales, with her sister Sara alongside as vice-president.

During that transition, Stacey recalled her fondest memories of being in a manufacturing family when she was 10 or so, and her father would take her and her sister to work with him.  To keep them busy, he would set them up with creative fun projects that piqued the girls’ interest in machines.

“He probably shouldn’t have let us play with some of the things we did,” she laughed, but that hands-on experience whetted her appetite for more. She wanted to know how things worked and learn all she could. That’s missing for the most part these days, she said.

“I think there are a lot of mechanically-minded people that like to create with their hands. If they don’t get that exposure when they’re growing up, they don’t know whether that’s something they may be passionate about.”

Manufacturing, and especially the Bales Company, is obviously something Stacey is passionate about.

“I love what we do as electroplaters. We work on just about every industry out there,” she said. “So I go to work on the floor and can see machine components that make kitty litter bucket molds, Nike shoes, Simply Orange juice caps, Weather Tech mats. It’s astonishing what our customers are doing.”

As for women and manufacturing, Stacey says she thinks maybe women are more family-centered, and are committed to their jobs because their families are counting on them.

Stacey’s daughter Sarina is excelling in high school and is a major reason she stays focused on the future. Her vision for Bales USA includes expansion – building up their 30,000 square foot building in Downers Grove.

“I hope we keep growing so we can take care of as many people as we can,” she said. “I think about our employees all the time. I want them to be able to drive nice cars, and not be afraid to take their kids to the doctor. I want for them what I want for myself. That’s what we’re trying to do.”

And if there’s anyone that can do it, it’s the creative, ingenious and determined Stacey Bales – one who could probably teach the 1980 TV’s MacGyver a few things.

Bales USA is located at 2824 Hitchcock Avenue in Downers Grove, IL and on the web at www.BalesUSA.com .

Previous Article
It’s All About Manufacturing’s Future: TMA Member Teresa Beach-Shelow
Next Article
US Could Out-Manufacture China In The Near Future, Thanks To IRR 4.0

US Could Out-Manufacture China In The Near Future, Thanks To IRR 4.0
TMA News Sep 11