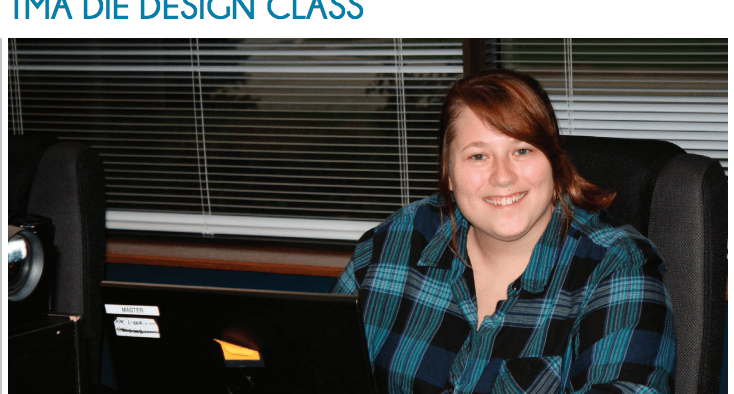 But that’s not unusual for her, she says.  The 25 year old’s early interest in how things work set her into a career path dominated by males.

“I was always watching television shows about how things work and asking my mom how things are made, even when I was little,” she told the News Bulletin. “I was also really good at math and physics. That’s why a high school teacher recommended I go into mechanical engineering.”

Holly was one of ten women that earned a mechanical engineering degree among a couple of hundred men at the University of Illinois in Chicago in 2013. That year, she interned for three months at Principal Manufacturing in Broadview, Illinois. When she completed her degree, she went back to Principal and they hired her on as an engineer administrator and junior tool designer.

“My job is to design fixtures, gauges, make digits to dies and do digit analysis for our engineering department,” she said.

All those tasks bring together the experiences and knowledge Holly acquired at the University of Illinois, where she worked on industrial engineering projects from making bus and train seats 50% lighter to redesigning their classroom to increase efficiency. Holly took chemistry and physics classes, learned about metals, plastics, sand casting and molding – all information crucial to the work she does today.

So why, after all those advanced level classes, did she take TMA’s new computer 3-D die design class now taught by TMA instructor Ray Proeber?

“It’s amazing how much you can do with this program Ray’s teaching us. It’s insane. I don’t know how tool & die makers did it back in the day,” Holly said.

One of Holly’s co-workers at Principal took the same class on AutoCAD and her boss asked her if she would like to take the class, thinking she would do really well. He was right.  Learning in the TMA class how to use the Solidworks software is worth the time and effort, she said.

“I love the class. I use Solidworks every day at work,” she said. “There’s actually things I’m learning about Solidworks that I never knew before – just from what Ray is teaching us. Little shortcuts that I use at work every day now. It’s very, very helpful.”

And what does Holly think she’ll be doing in ten years?

“I honestly don’t know,” she said. “I would like to see where this die design thing will take me – but something in aerospace would be really cool.”

In the meantime, Holly says when she’s not working, she’ll be responding to her inquisitive young niece and baby nephew.

“My niece is a lot like I was, asking lots of questions,” Holly said. “Maybe she’ll follow my lead. I do hope more and more girls like her will take these TMA classes in the years ahead.” 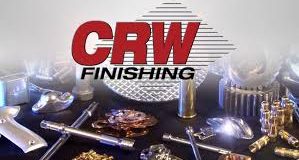