Teaching The Next Generation Of Die Designers 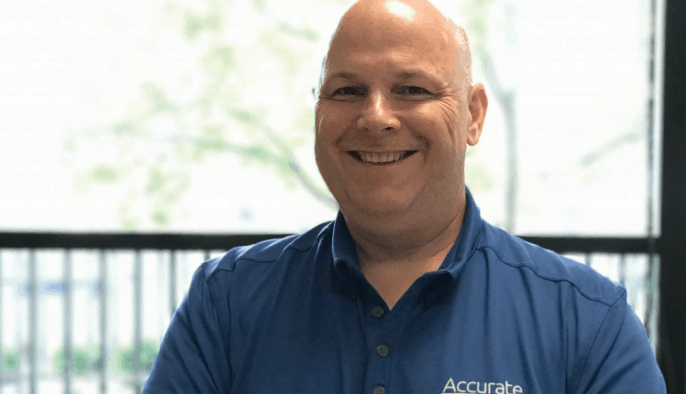 To say that designing dies has changed dramatically in the last two decades is an understatement, TMA instructor Ray Proeber says.

“15 years ago, if someone said they could design a 12-station die that’s a few feet long with 100 percent detail and not have any mistakes, any die designer would lose respect for him because you’d know it wasn’t going to happen,” Proeber, who is also owner of Accurate Die Design Software, told TMA’s News Bulletin.

“Today, designing virtually mistake-free dies with 3D die design software can and does happen every day, thanks to being able to build and tryout the die virtually on the computer screen,” he said. “It’s very much the real thing.”

Ray Proeber not only runs his own software business based near Milwaukee, he is also teaching the first 20-week die design class TMA has offered in twelve years. Teaching die design to the next generation with 3D software takes someone with skills and experience with 2D design – and a willingness to share hard-earned information with future die designers.

“We’ve all heard that question, ‘Where are the new workers?’ In my opinion, it all starts with design. That’s the foundation. It’s like building a house. The design of a die is the foundation,” Proeber said.

Before starting his die design business that ultimately evolved into a software business, Proeber worked on the bench as a tool & die maker for 15 years and served in management for 8 years. He says he’s heard many times that unless a person spends time building dies, he or she can’t be a good die designer.

“That’s no longer true,” Proeber said. “Now with 3D software, a person can design without toolmaking experience.” Today people build dies and run them on the computer screen as if they are in the press to gain experience, he said.

Proeber’s start in the industry was forty years ago – way before 3D software was used in the industry. He first became interested in manufacturing as a teenager.

“When I was in high school, I had lots of shop classes – everything that was available,” he said. After graduating, Proeber’s dad saw an ad in the paper for a tool & die maker in Racine, Wisconsin.  “I wasn’t sure what they did, but I figured it was something like a machinist, so I applied for the job – and got it.”

For the next 15 years, Proeber built dies during the day. About 5 years into it, he also started designing them at home in the evenings with paper and pencil. This later transitioned to designing at home with 2D die design software.

Proeber eventually accepted an offer at a different company, where he served for 8 years as tool department manager and later as vice-president. Shortly after taking a job with another company, the company owner was met with health challenges. He chose to downsize the company and encouraged Proeber to start his own business. The idea appealed to Proeber.

“As you get older, and it comes time to leave a job, you think, ‘Do I want to do this all over again for someone else?’” he said.

That was 16 years ago. Months before September 11, 2001 – when everything in the American economy took a major hit, Proeber started a die design business in the Milwaukee, WI area. After surviving a rough start the company grew within a few years to having 3 full-time die designers on staff, all using 2D die design software.

A few years after starting the business, 3D die designing was emerging and looked to be the future. But 3D design software was slow and difficult to use in those early years. On one hand, 2D software was a known entity and on the other hand, 3D software would be the future, and could do so much more.

Proeber spent hours teaching himself 3D software, and even traveled to China to learn one company’s die design software from its originator before realizing that this product wasn’t a good solution. The trial and error of finding the right software was expensive and frustrating, Proeber said.

“We talk about being on the ‘bleeding edge’ of technology, we were there,” he said. “We take some of it for granted, but we were leading the way.”

Proeber’s company eventually became the US technical center for SolidWorks-based Logopress3 die design software, and before long, they were developing software more than designing dies. The company recently changed its name from Accurate Die Design to Accurate Die Design Software and moved to Brookfield, WI.

Proeber teaches the next generation of die designers at TMA using the most commonly-found 3D die design software – SolidWorks & Logopress3.

“It is a giving-back sort of thing,” Proeber said. “You have all this knowledge that you want to pass along. And yet at the same time I realize that there is so much more out there that I really don’t know.”

The wonderful thing about the tool & die business is that you’ll never know everything, Proeber said.

It is well known that the best teachers are the ones that realize how much there is yet to learn.

Maybe that thinking is what makes Ray Proeber so good at what he does.