Only New Jersey is worse off than Illinois, the study recently released says. Missouri and Indiana are ranked “above average,” while Iowa and Wisconsin are “average” and Michigan “below average.” Illinois is the worst-ranked state in the Midwest.

Mercatus Center’s ranking determination was based on an evaluation of states looking to the following:

Maryland, Kentucky, Massachusetts, Illinois, and New Jersey rank in the bottom five states, largely a result of the low amounts of cash they have on hand and their large debt obligations. States that fail to address long-term drivers of debt and are not prepared for recessions will continue to rank poorly. 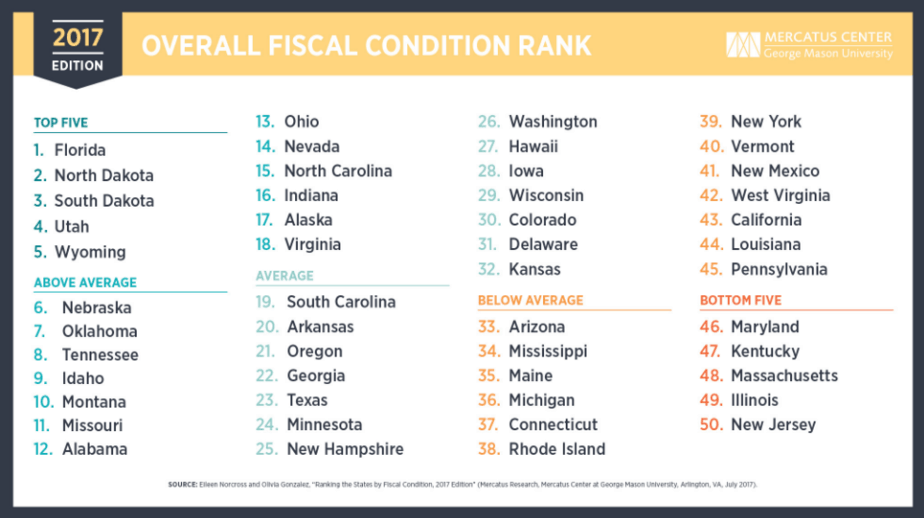