MILWAUKEE – Wisconsin’s “right to work” effort signed into law by Governor Scott Walker in 2015 was upheld by a federal appeals court July 13, 2017. The Milwaukee Journal-Sentinal reports:

GOP Gov. Scott Walker and Republican lawmakers in 2015 approved the measure, known by supporters as a “right-to-work” law. The law ended the ability of unions to reach labor contracts that require all workers in certain jobs to pay union fees, even when they don’t want to belong to a union.

Two units of the International Union of Operating Engineers sued over the law.

Federal law requires unions to represent all workers in certain job classes, while the Wisconsin law prevents the unions from collecting fees from workers who don’t want to pay. The unions argued it was unconstitutional for the government to prevent them from collecting money to cover their costs for representing non-union workers.

The rest of the story HERE.

Previous Article
A Look Inside The Coal Community In The Illinois Basin
Next Article
Cutting Tool Consumption Up 14.2% In May From April 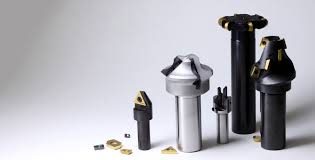 Cutting Tool Consumption Up 14.2% In May From April
TMA News Jul 13