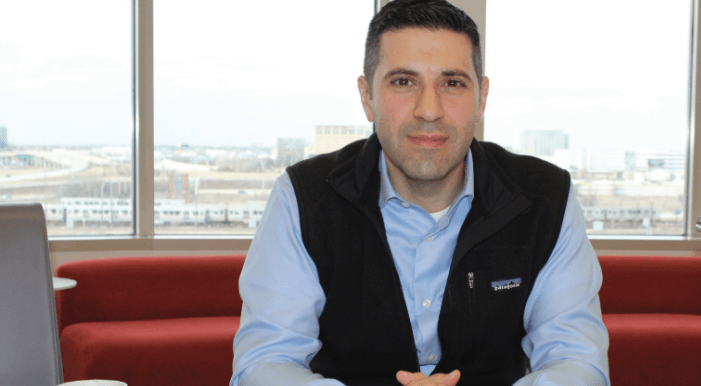 ROSEMONT – Mike Magliano has been serving Chicago’s real estate market for the last 15 years, working in the industrial segment through the best and worst of times. Right now, the market is strong and business is good – very good — at Cushman-Wakefield.
“We’ve seen a complete 180 turnaround from 2009,” Magliano told TMA’s News Bulletin. That’s the year commercial real estate market tanked and vacancies skyrocketed in the greater Chicagoland area to nearly 13 percent. New construction stopped. Landlords questioned where they would find tenants as economic activity slowed down. Lower lease and occupancy rates drove property values down by 30 to 60 percent.

“I remember calling property owners and hearing them question how long they could stay in business with the way things were,” Magliano said. “Landlords were willing to give away whatever they could, just to get tenants.”

Magliano said the recession in real estate and manufacturing forced him to dramatically change his business outreach approach.

“Talking to manufacturers in 2009, I learned quickly that I needed to be more of a resource for them and not just a typical real estate broker,” he said.

Magliano began offering assistance in not only finding available properties that suited manufacturers’ needs, but in planning their moves and helping them understand the costs and hurdles moving would create for their businesses.

“Manufacturers could sometimes offset costs by having the landlord pick up some of the moving costs or setting up the building as they need,” he said. “And if they were buying, their banks could help to find creative financing.”

Magliano attributes much of his knowledge about manufacturers’ real estate needs to the network at the Technology and Manufacturing Association., which he joined in 2011.

The first TMA event he attended was a panel hosted by the Young Leaders Committee.

“I knew I wanted to get involved in the group and figure out how I could add value,” he said.

Within two years, the committee asked him to serve as their chairman. He accepted, and has continued leading the committee for the past four years. He also obtained TMA’s Diamond Ambassador Badge, which means he introduced TMA to 10 new manufacturing companies that later joined. He also served two years as the chairman of TMA’s Golf Committee. Magliano teamed up with Ed Brandt to assist in TMA’s facility relocation from Rosemont to Schaumburg three years ago.

The Young Leader Committee has hosted several keynote speakers as well as networking events over the past few years. The next one is scheduled for May 16th, when the topic will be plant cost savings – how to produce better, quicker and still maintain high quality. In the meantime, the area’s real estate market is on the path to recovery.

“We’ve had over 20 straight quarters of vacancy reduction. Vacancies are down to an historical low of six percent, which, in turn, has raised lease rates and values back to pre-recession levels,” Magliano said. “There is a lot of capital (investors) looking to invest in industrial real estate. This, combined with growth of manufacturing and distribution companies, has led to the shortage of product.”

Magliano believes that Illinois will always be the central transportation hub of the United States in logistics and manufacturing, no matter what economic conditions are. He says with the largest inland rail port in the Joliet/Elwood area, along with O’Hare Airport, Chicago is a major city with accesses that lead in every direction.

Still, some of Magliano’s clients are considering a move to Wisconsin or Indiana for lower land costs and relocation tax incentives. Those companies within 30 to 40 minutes of a state border and confident they won’t lose skilled labor with a move are prime candidates for relocation. Magliano says he admires manufacturers and how they deal with the industry’s ups and downs.

“I’m passionate about manufacturing. I look up to any owner of a manufacturing company and how he or she faced challenges in the past 10 years. What they do is a life commitment, not a 9 to 5 job,” he said. “I love hearing about how their companies started and their growth plans for the future.”

Those conversations with manufacturers are much different than they were in 2009, he said.

“Now they’re asking, ‘How do I efficiently grow within my current facility when there are space constraints? Should we do multiple locations or just pick up and move?’”

And hearing that about-face in manufacturers’ conversations about more work and how to get it done is good news for everyone.